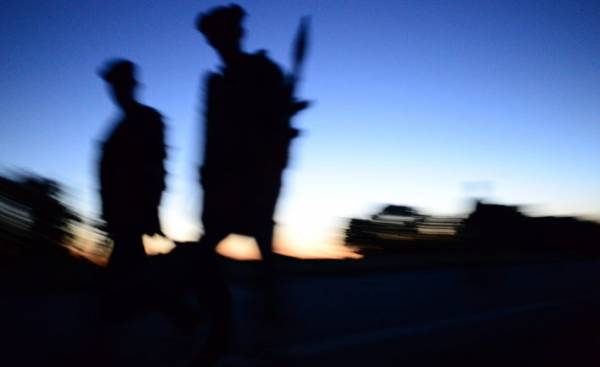 During the last day Ukrainian Armed forces suffered serious losses in the Donbas. The enemy has used tanks and artillery, according to the Ukrainian military in the ATO zone, so tense situation on the front was in 2014-2015. About the possible causes of deterioration “Apostrophe” said the Foundation’s founder, “Turn alive” Vitaly Deynega volunteer.

About the reasons is difficult to speak. They began to work on all fronts and in several areas began to close to attack our positions. The first is where we go over the Seversky Donets, from Trekhizbenka to the Groove — Lugansk direction.

Near Krasnogorovka they used artillery and even the infantry went on the offensive under cover of tanks and SAU. There have been attempts to dislodge us from our positions, but were not successful. This night was used in major appliances and was a serious war. It is true that we have losses: three “hundred” in the Luhansk region and three “two hundred” in Krasnogorovka (the Donetsk region).

They suddenly forgot about “bread truce” and went on the offensive. A logical explanation for this action there. Krasnogorovka and attempts to dislodge us from some positions look strange.

The only way this can be explained by approaching the talks in Normandy format (the talks of the leaders of channel four during a conference call scheduled for July 24 — “the Apostrophe”). They are always before the talks start to provoke. What Russia can do? She arguments can not lead, only weapon saber in the Donbas. I think that will end Norman talks, the situation will calm down. In the meantime, I think tonight there will be “fun”. And then, too.