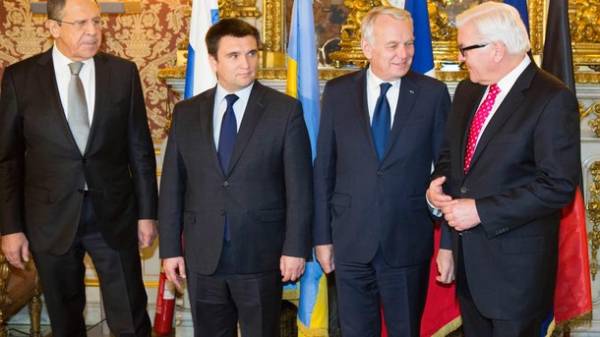 The meeting of leaders “channel four” (France, Germany, Ukraine, Russia) will take place during the summer. This was announced by first Deputy Minister of foreign Affairs of Ukraine Vadim pristayko.

“Negotiations are underway, the approximate date can’t call you now in order to not ruin these negotiations, but everything happens much faster than till the end of summer,” – said Pristayko, answering the question about the timing of a possible meeting leaders “channel four”.

As reported, the President of France Emmanuel macron following the meeting with Russian President Vladimir Putin on 30 may declared the necessity of negotiations “channel four” as soon as possible.

The Ukrainian side confirmed its readiness to hold a meeting “Norman format” at the highest level.

Earlier, defense Minister Stepan Poltorak said that Russia does not intend to continue to comply with the terms of the Minsk agreements, moreover, it will intensify fighting in the Donbass before the next negotiations on the resolution of the conflict.