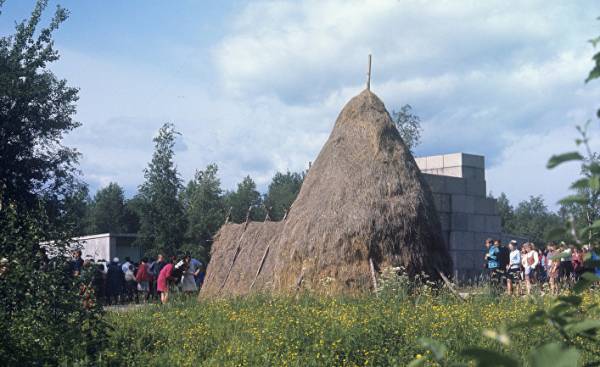 The name of Vladimir Ilyich Lenin rarely associated with Baryshnikova in time of war and gangs of smugglers from the black market. Being a disciplined man, he had no inclination to reckless daring. But the crime and speculation helped to Fund its activities in 1917. Much of the money it took him to prepare the great October socialist revolution, went to Russia through import-export company, specializing in the smuggling of pharmaceutical products, graphite pencils, and German condoms.

The trail of the smuggling originates in Switzerland, where left Russia Lenin lived from the beginning of the First world war. In March 1917, in Zurich heard the news about the revolution in Petrograd. Being a leader of the radical socialist Bolshevik party, Lenin was obliged to return home. But the problem was that the safe route does not exist. Lenin’s call to transform the European war in anti-bourgeois revolution, turned against him the French and the British, and therefore in the case of travel in a westerly direction it would be arrested and imprisoned without a trial. But the trip North through Germany would mean that it crosses the country which is the enemy of Russia. If Lenin got home, he could be arrested and tried for treason.

A whole week of negotiations in search of an answer to this difficult question. The German government agreed to provide Lenin safe passage to the Baltic sea, placing it in a special car with the doors locked. Later, Lenin explained that in legal terms, the car was “extraterritorial unit,” the capsule, flying through the land of Germany without contact with its citizens, potential enemies and spies. This train tomivshiysya slowly towards the coast, soon dubbed “sealed”.

The trip itself wasn’t anything secret. Lenin sought to win the support of any public figure, who met him on the way. At the last minute in search of international support he even called the U.S. diplomatic mission in Bern, Switzerland. It was Sunday, and the young man on duty in the mission was leaving for a tennis match. “Call tomorrow,” he told the future owner of the Kremlin. Years passed, and this young man named Allen DULLES became head of CIA. He recalled this story with a call.

Lenin didn’t need the Kaiser’s gold to get to the house. He insisted to pay for the ticket (second class). But soon after his arrival in Petrograd there was a lot of questions. Immediately taking the reins of the party in their hands, Lenin insisted on the adoption of the programme, which condemned and rejected all imperialist wars. Being in opposition to the Provisional government, consisting of liberals and businessmen, and waged such a war on behalf of Russia, Lenin aroused suspicion, and many have begun to suspect that he was a German stooge.

The French said they can provide evidence of this. Inspired by such hope, Russian Colonel Boris Nikitin headed the investigation. He sent a spy to watch how the Bolsheviks used the Telegraph, and began to pay informers for collecting gossip as true or false. Nikitin was engaged in his full-time work, but the room for he got work in the same building with the Bolsheviks. He felt that he was being watched, and in front of all the Windows waving red flags.

Meanwhile, the Provisional government continued the war. At the end of June it launched an offensive in Galicia. The offensive petered out on the third day, although he strongly praised, calling the campaign the choicest troops of the new free state. In Petrograd began a powerful excitement with street fighting between gangs of the left and right wing. Everywhere were visible black flags and socialist banners, heard the shooting, the civilian population perished, and the city began to panic. There were rumors about the impending coup.

Desperate, the Minister of justice Pavel Pereverzev tried to find a scapegoat and blamed for the troubles in the Russian Bolshevik party. Evidence he was unconvincing (he was immediately ordered to resign), but the assumption that Lenin was working for the Germans, provoked a manhunt. In Petrograd chaos, and the thugs from the government sacked the printing office that printed the Bolshevik newspaper “Pravda”. Several leading revolutionaries in jail, including Leon Trotsky. Shaving the beard and wearing a wig, Lenin fled from the Russian capital, fearing for his own life. In August, collecting additional evidence and witness statements, the Interim government in absentia sentenced him.

The evidence against Lenin was always weak. Pereverzev received evidence that Lenin was in Berlin in previous years, signed a contract, but it turned out that this nonsense of a runaway prisoner of war. The press have peddled all the new stories on the sister of Lenin, who worked as a spy in Thessaloniki, the murder of Lenin, that his real name Datenblatt or Segerblom. Years later, Trotsky recalled July 1917 as “the month of the most malicious slander in world history.”

In fact, Lenin was very much alive. While in Finland, he developed an ambitious new plan. By mid-September, he grew bolder, and secretly returned to Russia to continue the fight. This time he was preparing his assistants to seize power. This operation took place on 7 November and on the same day the streets of Petrograd threw leaflets with the announcement of the victory of the new Lenin of the Soviets.

But the questions about funding are always after great historical figures. Lenin relied on secrecy, but the Germans failed him. At the end of 1917, the foreign Minister of Germany Richard von Kuhlmann (Kühlmann Richard von) began to boast about the role his country carried out by the Bolsheviks in the November revolution. Berlin, according to the Minister, has long harbored plans to destabilize Russia. The hardest thing was to find someone capable to carry out these plans. The Germans were supported by a galaxy of promising candidates, since the Finnish nationalists to Central Asian jihadists. Kuhlmann wrote in a very candid memo: “Just received from us a steady stream of funding through various channels, the Bolsheviks were able to consolidate their main press organ “the Truth” and began a vigorous propaganda, expanding a small first base of their party.”

Bank documents Lenin was flawless. The leader of the Bolsheviks, protested when I said that it accepts all despatch to him by German agents. He insisted (rightly) that his party won, becoming the spokesman of the aspirations and ambitions of the people. But money was still very important. In the summer of 1917, the British concluded that to successfully counteract the Leninist propaganda, they have to spend two million pounds a month. This high price was due to the genuine appeal of Bolshevism, however, Lenin knew that the Newspapers and the posters themselves are not printed and do not apply.

And here the role played by condoms and pencils. Lenin could not risk and take bribes directly, but Berlin was able to provide its agents the goods without demanding payment. These goods were exported to Denmark (which was legitimate), there were changing the packaging (it was illegal), and then it was resold to countries where imports from Germany were banned. Part of the proceeds went into the coffers of the Bolsheviks through the Stockholm company. Here the key role was played by Jacob fürstenberg, who worked as a Manager of a Scandinavian import-export company, whose Directors Alexander Gelfand and George Sklarz were German agents. In public, Lenin belonged to Gelfand squeamish, but Furstenberg was one of his closest associates, engaged in Affairs of the party and its leader in Northern Europe.

“Lenin successfully arrived in Russia, — reported in April 1917, its leadership of the German resident in Stockholm. — It works exactly as we would like”. But it was Lenin who eventually won in this gambling with high stakes. The Kaiser and his Ministers dare, and Lenin’s Empire has grown and grown. As he said several years before his victory, “another villain can be useful for us is the fact that he’s a bastard”.

Katherine Merridale — author of the recently published book “Lenin, the train” (Lenin on the Train).