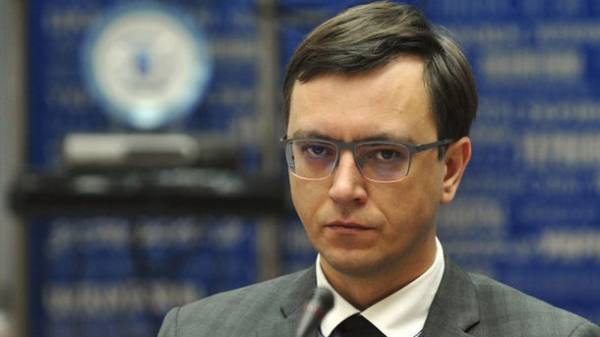 PJSC “Ukrzaliznytsia” says that his corporatisation is delayed because of the inaction of the Ministry of infrastructure of Ukraine, the protracted procedure for the transfer of Railways of the shares of PJSC “Kyiv electrical plant “Transsignal” as provided by the resolutions of the Cabinet of Ministers. This was reported by the press service of “Ukrzaliznytsya”.

“More than a year of economic activity of PJSC “Ukrzaliznytsia”, Ministry of infrastructure not conveyed to the society the shares of “TRANS-signal”, although the government decision of 25 June 2014 № 200 “About formation of public joint stock company “Ukrainian railway” requires it. This is the only of the seven CHAO factories, which are established by the resolution, whose shares are not transferred “Ukrzaliznytsi”. The society has repeatedly appealed to the Ministry with a request to transfer the plant’s shares, but it does not go”, – stated in the press release of the BONDS.

According to “Ukrzaliznytsia”, the only shareholder and founder of the “Transsignal” is the state represented by the Ministry of Infrastructure.

Due to the mismatch of size of the authorized capital of the PJSC with the amount of issue of the shares of this factory, namely with a gap of almost 1.5 million, its shares Depository institution does not accept for enrollment in the securities of PJSC “Ukrzaliznytsia”.

“The Ministry of infrastructure has the authority to eliminate this gap and to transfer the shares of the plant “uz, which is a prerequisite for the issuance of its shares”, – noted in the Railways.

As reported, Prime Minister of Ukraine Volodymyr Groysman stated that dissatisfied with the pace of corporatization of PJSC “Ukrzaliznytsia” for the last year.

We will remind, in April the Minister of infrastructure Volodymyr Omelian announced readiness to vote for the resignation of the head of PJSC “Ukrzaliznytsia” ticket Balcona, annual contract, which ends in may 2017.