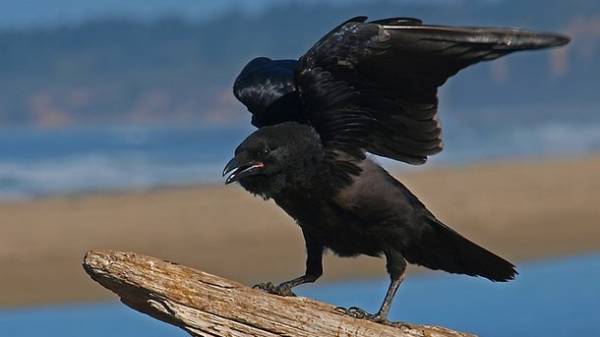 Crows are able to make plans even better than most primates and even human children. That scientists have found, saying that their talent birds have demonstrated in a series of experiments.

The results were published in the journal Science.

The authors used tests that were previously used to assess planning ability from anthropoid apes. For a start, they taught the ravens to open the box with a treat using a pebble of suitable size. The next day the scientists suggested the crows to pick some object from a scattering of items, among which was suitable for opening the box, the stone, and the other items were too large or too small. The box itself, the researchers did not get, brought it only 15 minutes later after the bird has made a choice.

Despite significant periods of time, the ravens chose needed to open the box item is in 80% of cases and successfully used in 86% of cases.

They also found that crows are able to change certain items on the food — in one test, they quickly learned that the experimenter will give them a treat for the blue bottle cap. The experiment was conducted in the same pattern as the first, and the ravens showed similar results — they almost always prefer the cap other objects, even when sharing her food had to wait 15 minutes.

And even with a delay of 17 hours between receiving the object, which may soon have to use to get Goodies and treats smaller, but available now, the crows chose the first option.

Overall, the ravens were able to calculate their actions in advance not only of anthropoid apes but and four year old children.