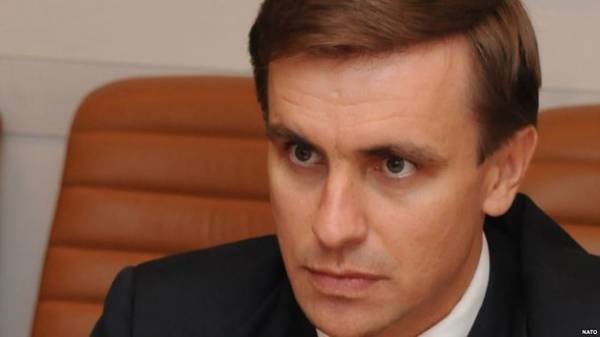 The Deputy head of the presidential administration of Ukraine Konstantin Eliseev said that the summit “Ukraine-EU” representatives of Kiev invited the European Union to move to a more active policy of de-occupation of Crimea.

Elisha on Thursday in the air “5 channel” said that at the summit “Ukraine-EU” in Kyiv the sides discussed the logic of de-occupation of the Crimea, and if previously, the EU position was in the non-recognition of the occupation, now Ukraine has proposed to move to a more active end to the occupation.

“We are talking about greater coordination in international forums and in international organizations, in particular, we are talking about the life and training of a new resolution – a more powerful resolution in the framework of the UN General Assembly, cooperation in the framework of the UN security Council and the strengthening of the sanctions regime in the context of the Crimea”, – he said.

Deputy head of the AP noted that we are talking about the more stringent implementation of existing sanctions. According to him, from time to time in the ports of Russian-occupied Crimea despite sanctions boats under flags of EU countries.

The parties also agreed on more active cooperation in the issue of Donbass.