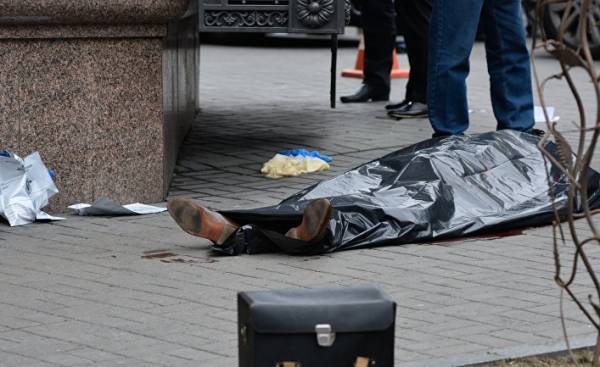 “In my meeting with Putin, the sanctions were not discussed, — reported on Sunday to Twitter Donald trump. — Will not do anything until you have solved the Ukrainian and the Syrian problem!” But a few hours before the meeting of the presidents Secretary of state Rex Tillerson confirmed the hard line of America sanctions, appointed chief envoy of the USA in Ukraine an anti-Russian hawk, Kurt Volker (Kurt Volker).

Trump and Putin have made progress in Syria, but Moscow is intensifying its efforts to destabilize Ukraine. Putin does not want to send a large military force, but in the course of the fighting in the East of Ukraine every week killed five or six people. Recently, the Kremlin is escalating the aggression by striking at civilian targets, carrying out assassinations, conducting cyber attacks to undermine the state and its economy, and pursuing economic and partial political integration of the occupied region with Russia.

Putin’s war against Ukraine has turned him sideways. His aggression has consolidated public opinion, and one recent poll showed that 92% of people living in the territory controlled by the Kiev, today, consider themselves Ukrainians. 10 years ago, these people were 75%. Such changes partly explain the lack of information from the occupied regions of Ukraine, but this is mainly due to the changing attitude of society. Putin is also constrained by the growing military potential of Ukraine and irritate the signs of economic recovery in this country, which is the result of reforms of the President of Petro Poroshenko.

Putin is unacceptable. Russia suffers great economic losses due to sanctions. In addition, the growing threat of social unrest in impoverished areas of Ukraine, which it controls. In Ukraine today, 1.8 million internally displaced people, 600 thousand people left in Russia, and in Donetsk and Luhansk “people’s republics” of the total population is more than 3.5 million people. Many of them are retirees living on pensions paid by the Ukrainian government. The rest of the miners and workers of industrial enterprises, which are closely connected with the Ukrainian economy.

Putin in response to increasing aggression. In the first five months of 2017 has dramatically increased the number of attacks on hospitals, schools, factories and other civilian targets, killing 44 people. Terrorist acts and killings in Kiev and other places have become commonplace. On 27 and 28 June as a result of the car bomb killed two colonels of the Ukrainian security service. June 1, a Russian citizen, pretending to be a reporter of the French newspaper Le Monde, shot Chechen volunteers from the Ukrainian militia, but did not kill him. In late March, a killer from Russia annexed the Crimea and shot former Russian Deputy and Putin critic who had received asylum in Ukraine.

Moscow is also rapidly implementing the integration of the occupied Donbass with Russia. February 18, Putin issued a decree allowing Russian state and private organizations to adopt passports and other identity documents issued by the self-proclaimed DND and LNR. The Russian press widely publicized the statement of the leader of Lugansk separatists Igor Carpenter that the decree is “a step towards international recognition of our sovereignty.”

The economy of the DNI and the LC begins to switch to the Russian ruble. Another step in this direction was taken on March 5, when “people’s Republic” seized 40 largest private Ukrainian companies. These companies give work to local people and pay taxes to Kiev, consistently refusing to pay their treasonous government.

This “nationalization” is a war crime according to the rules of the Geneva Convention. And although it sped up unofficial trade embargo imposed in January against the Eastern regions of the Ukrainian civil activists, the speed with which were confiscated, said that all this was planned long ago. On the day of capture on the “nationalized” enterprises appeared senior Russian managers and announced that they take over.

In mid-March, Pro-Kremlin media have written about creation in Moscow annexed the Crimean Yalta “integration Committee “Russia-Donbass””. Russian media trumpeted the call of the Carpenter to hold a referendum on accession of LPR to Russia.

At the beginning of April to the East of Ukraine arrived former Deputy Governor of the Irkutsk region Vladimir Pashkov, to engage in the administrative management of key industrial holdings of Donbass, as reported by Russian news Agency RBC. April 25 came the news that the Russian Parliament is preparing a project supported by the Minister of foreign Affairs Sergey Lavrov of the law on simplifying the procedure of issuing Russian passports to residents of the occupied Donbass. The Association of deputies calling themselves the “friends of Donbass” announced the creation of centres to assist in the naturalization process.

Russia also increases the interference in the internal political life of the rest of Ukraine, conducting cyber attacks against government agencies and businesses, and using the fifth column. This action of the well-known scenario, which Russia used to foment separatism in the Georgian regions of Abkhazia and South Ossetia. There is also the Russian troops have helped local forces to seize territory from a sovereign state, and put the Russian advisers and began to issue Russian passports. Today, the Kremlin recognizes these entities as independent States.

This does not mean that the Kremlin has finally decided to permanently separate the DNR and LNR from Ukraine. Most of all, Putin wants regardless of the future status of these regions they dominated Russia, not Kiev. Those radical steps being taken by Russia, including the terrorist attacks clearly show that Putin seeks to derail signed in 2015, the agreement Minsk-2, although he shows the finger at Ukraine, accusing it of lack of progress in achieving peace.

The United States and Europe must give a decisive response to the resurgence of the Russian hybrid war. The appointment of Volcker’s special representative for Russian-Ukrainian conflict signals that the United States will pursue pragmatic and tough. This is a good sign, indicating that personal sympathy between trump and Putin will not take precedence over the needs of power politics and diplomacy.

Adrian Karatnycky is a senior fellow at the Atlantic Council and co-Director of its initiative “Ukraine in Europe”. 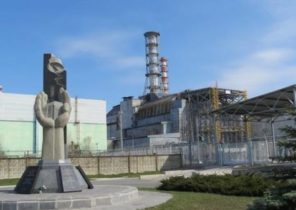