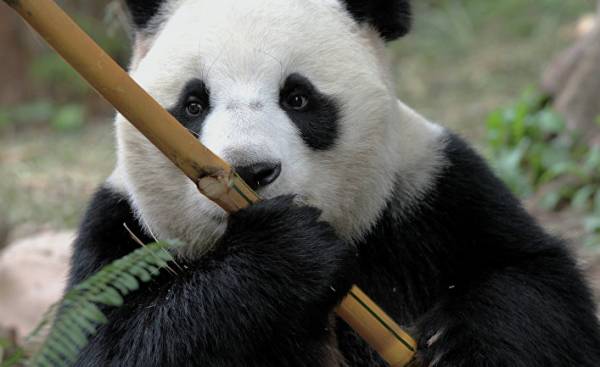 In a recent research study noted a strong reduction in the number of animals on our planet. Experts call for urgent action to save the biodiversity.

How many times will it take to sound the alarm, to finally be heard? The tenth of July in the journal Proceedings of the National Academy of Sciences (PNAS) appeared a study in which members of us and Mexican universities talking about the threat of “biological destruction” after analyzing the changes in the number of more than 27 thousand terrestrial vertebrates, that is, half of the known mammals, birds, reptiles and amphibians. According to them, these types of strongly retreating in numbers and in distribution.

Such an assertion sounds not only in this work. About the decline of biodiversity is demonstrated by the multitude of scientific papers that have been published in major publications. Thus, the number of orangutans in Borneo has dropped by 25% over ten years up to 80 thousand individuals. Cheetahs there are only 7 thousand, and they take only 10% of their historic habitat. Finally, in Africa today there are 35 thousand lions, which is 43% less than 25 years ago.

The message is clear: the world began the sixth period of mass extinction. Extinction of species has accelerated to 100 times per century that has no parallel since the death of the dinosaurs 66 million years ago. Disastrous cocktail now well known: destruction of habitats (under the influence of agriculture, livestock and development of mineral resources), hunting and poaching, pollution and climate warming.

Published PNAS a study is especially alarming, because this decline concerns not only on the brink of extinction. Today, the number declined rapidly from many seems to be the most common species, and not only became a symbol of the “red book” polar bears, African elephants and Chinese pandas. Anyone knows that in ten years France has become 40% less goldfinches? And that areal reportaway lizards in Eurasia has decreased by hundreds of thousands of square kilometers? 30% declining abundance of species accounts for the familiar in our lives of animals. According to experts, it speaks of “the seriousness of the current period of extinction.”

Time is running out

This gradual disappearance of the fauna and flora will be accompanied by catastrophic consequences for all ecosystems and the environmental, economic and social disaster, scientists warn. The fact that the natural environment provides many vital services, whether it be pollination, improve soil fertility, purification of air and water, sequestration of carbon dioxide. The Earth’s capacity to support life (including human) was generated by life itself.

We know how to limit this “offensive” man on biodiversity. For governments, enterprises and the population of the planet, this means rethinking production, consumption and relationship to nature. Ending the trade in rare species. Assistance to developing countries in protecting biodiversity. Priority long-term interests over short-term. Running out of time. There are not more than “two or three decades,” the scientists warn. From this depends the fate of biodiversity and possibly of humanity itself.