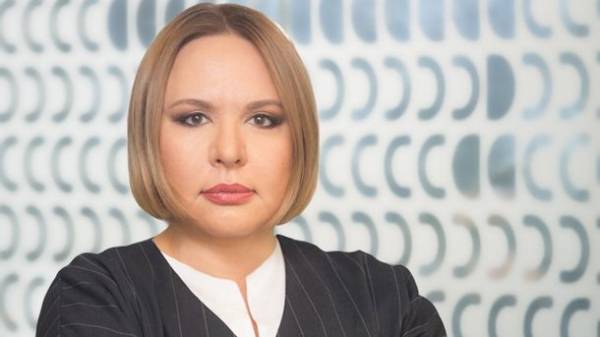 A physicist and lyricist, has 2 higher educations on specialities “system programming” and “psychology”. As Director for regional policy of DTEK Energo together with his team developed and implemented the most ambitious projects in Ukraine social partnership of business and territories in which it is presented. Love jazz, movies, ballroom dancing, interested in vorzeitigem and avant-garde art. Likes to make pleasant surprises to your friends

– Who or what inspires you? Why?

If to speak about work, inspiring challenging and interesting tasks.

Inspire people-a team with which you solve these problems. I’ve always been lucky: wherever I worked, I met intelligent, kind, bright people. And I wanted to create an environment in which the team is fun and to achieve their goals and to communicate with each other outside of work. In addition to professionalism is very important to me honesty and trust, the ability to speak freely and give unbiased feedback. Only then can we do something important and meaningful. Our future is in our hands

– What career achievement are you most proud of?

I was asked to become PR Director for the newly created the Victor Pinchuk Foundation, when the very concept of charity in Ukraine was discredited and had only negative connotations. Almost nobody believed that the work of the charity Fund can really mean by a benefit society, not their imitation. I believe that within a few years of work, I with my colleagues have managed to radically change the attitude to charity, to raise its prestige. And this, in turn, stimulated the creation of new foundations and social projects in Ukraine.

I am also proud to be involved in the creation of system of social partnership of DTEK. DTEK has already 9 years of cooperation with the cities in which we operate, and helping these cities to develop. During this time we have found the most effective, in our opinion, the format of cooperation. What do we do? Together with the city authorities, deputies, public organizations, local activists and identifying the most important problems of the city. Then experts and work with them to analyze the situation. Further, we are developing the so-called “road map” of development of cities with the list of specific projects that will help the city to solve their problems and develop. In fact, we create the strategy of urban development for 3-5 years. We have created and implemented these 13 strategies. Besides the fact that we help them to develop, we are also involved in their implementation and funding. In General for 9 years, DTEK has implemented more than 1,000 projects in 7 regions of Ukraine.

– How do you “reboot”? that helps you find strength?

There are things that are unloaded, and things that inspire. In the circle of friends we had a tradition to invent each other surprises on birthdays. This is a very creative and exciting activity. Creates the magic atmosphere in which people become closer and dearer to each other. Surprises we have been preparing very different from the quest to find a gift or a remake of my favorite song of the birthday boy in the Studio to organizing exciting parties, carried out according to a predetermined script, with jokes and funny dances.

What relaxes? I love to change things. For example, take an ordinary wool sweater, sew him a black pleated frill on the sleeve – asymmetrically – lace ribbon – a fun dress. These things have a lot. Such “creativity” allows you to switch and enhances the mood.

More recently, my great passion became ballroom dance classes. Since my childhood I dreamed of dancing and in adult life, finally realized that dream. It all started with the fact that in new York, friends invited me to a club where live jazz music the audience danced the swing. It was so contagious and emotionally that I made myself a promise to learn it. But after I started in the Studio, it turned out that in addition to the swing there are still Foxtrot, Viennese waltz, Argentine tango and more, and every new dance beckons and entails. I engaged in a dance Studio about fifteen years and wouldn’t trade my time spent on the floor, anything else – so much joy it brings! 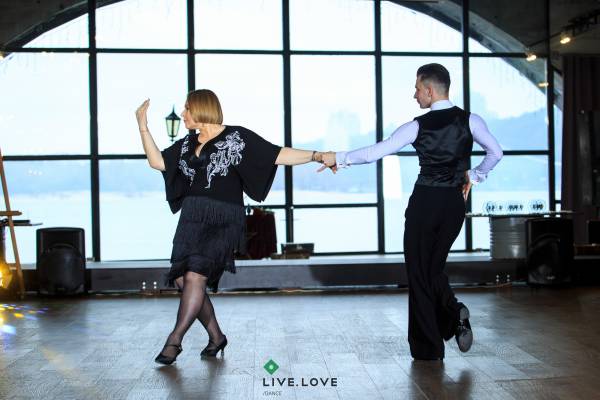 Dancing is a realized dream of my childhood

– How to do everything: is there a balance between career and personal life? How to find and keep?

For myself, I realized one thing: either you want to allocate the time or not. When I thought that I don’t have time for Hobbies, I spend it, as it seemed to me the most urgent matters. But when in my life and in my schedule appeared, ballroom dance, business issues most mysteriously were solved faster and more efficiently. I began to catch myself on the fact that, out of the Studio, I feel absolutely happy. And this is a powerful incentive to better organize your day and find time for what is important to you outside of work.

– What childhood dreams have you fulfilled in life?

I always wanted to sing and play jazz, learn to dance, paint pictures, play good chess. Dances in my life there, sure, drawing, jazz, and chess found.

– What we have not asked you, but You would like about it have to tell?

I was very fascinated by the theme of forcasting (technology forecasting and designing the future) and everything to do big data. This is intertwined with my work and with my basic education (I graduated the mathematical-mechanical and the psychological faculties), and interesting in itself. In this respect I was struck by the story of the American Netflix, which is due to the flexibility of its business model in a short time completely changed herself. Initially it was a service to rent movies on DVDs, which were shipped to customers by mail. 30 employees and 900 drives. I first heard about this company when I was in USA. My friends ordered the Netflix popular U.S. movies, which we then couldn’t see in theaters and on the Internet. And in recent years there has been a complete rebirth of the company in addition to providing millions of users streaming video, she began producing his own films. For example, it is known to many series “house of cards”. Netflix makes its decisions based on the analysis of a large data array and checks that are in demand, what’s not, how you perceive the mass audience of those or other innovations. And that was for a very short period of time. The company now has 66 million subscribers, and it entered the international market.

For me Netflix is an impressive example of how to design the future and create it. I would really like to be in Ukraine’s interest to fursuiting manifested not in a narrow expert circles, but much wider. Our personal future, the future of the country depends on our own efforts, and not only intellectual. With this installation we can change the world around them.

1. How would You describe yourself in one word?

2. The three books are a must read?

3. What would You learn in the next 3 years?

Before the book, now just quality the deep film

A cocktail of coffee, orange juice. Very charges, not to mention delicious.