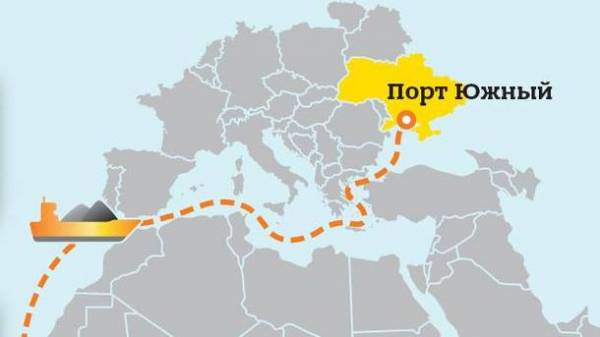 After 10 days in Ukraine will be the second vessel with a scarce anthracite coal z South Africa for replenishment of the warehouses of thermal power plants of the energy company DTEK Energy. This is stated in the message of the company in Facebook.

“The second vessel with Yuarovskim anthracite is now the Strait of Gibraltar. And that means that very soon Ukraine will be delivered to a new batch of coal for DTEK’s thermal power plants so they can continue to ensure the stability of power system”, – reported the company.

“Roughly after 10 days the ship will overcome the remaining distance and will moor in the port “southern” – said in DTEK Energy.

As reported, Ukraine has lost the possibility to import anthracite from ORDO because of the seizure of the mines by the so-called representatives of the LC and the DNI. In this context there is a need to import this brand of coal. So, DTEK has contracted 675 thousand tons of coal in South Africa, the first boat arrived in Ukraine on 25 may, and the coal went to Krivoy Rog and Pridneprovskaya TPP. Also, Ukraine is negotiating to import coal from the United States.