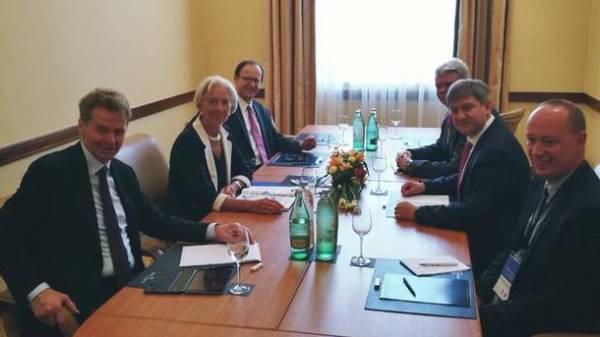 The Minister of Finance of Ukraine Alexander danyluk and the managing Director of the International monetary Fund (IMF) Christine Lagarde discussed the reform of the State fiscal service (GFS). This was announced by the head of the Ukrainian Ministry of Finance.

“Discussed the launch of the project for comprehensive reform of the SFS, with the support of the IMF, which aims, including the fight against corruption and improvement of tax administration”, – the Minister wrote on his page in Facebook.

Danyluk notes that the IMF has positively evaluated the operation of the electronic registry automatic VAT refund.