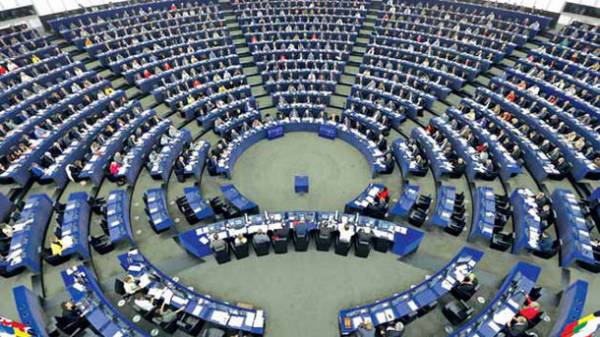 The European Parliament adopted a resolution which calls upon the Russian authorities to release all those detained during anti-corruption protests on March 26 all over Russia, RIA Novosti reported.

“(The European Parliament) calls on the Russian authorities for the immediate release of Alexei Navalny and all peaceful demonstrators, journalists and activists who were arrested after demonstrations against corruption that was held in Moscow and in several Russian cities on March 26, and April 2, 2017, and withdraw charges against them; insists that the Russian authorities bear full responsibility for the safety and welfare of persons in custody”, — said in a resolution, which, however is not mandatory.

Furthermore, MEPs condemn the actions of Russian security forces during arrests of people.

The number of people arrested at rallies in Moscow, according to the revised data, has reached more than a thousand people. Among those detained were minors.