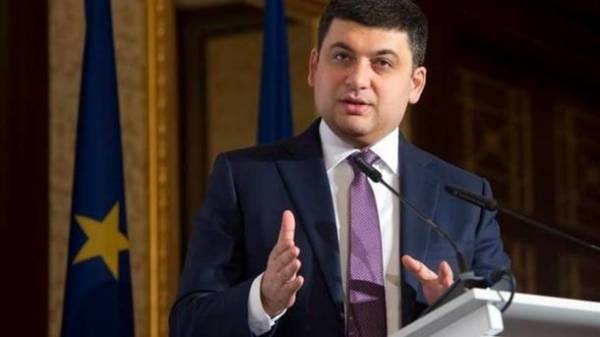 Prime Minister of Ukraine Volodymyr Groysman said that the strengthening of the defence capacity of Ukraine in the interests of the entire democratic world. He stated this during the International conference on reforms in Ukraine, which takes place in London (UK).

“There is a fait accompli: in the XXI century, the Russian Federation, using its weapons, its troops and monopolies, carried out against an independent sovereign state, military and hybrid aggression,” he said.

Groysman stressed that this challenge concerns not only Ukraine, is a threat to the entire democratic world. He called for the consolidation of political forces, the preservation of sanctions, economic pressure on Russia, “the aggressor has paid the highest price, was forced to return to respect of international law” and curtailed its plans for aggression against other countries.”

“I am deeply convinced that in the interests of the whole democratic world – to increase the defense capability of our state, it is a challenge that concerns everyone, regardless of which country it concerns,” – said the head of government.

As reported, Groysman is paying a visit to the UK, where he participated in the International conference on reforms in Ukraine.