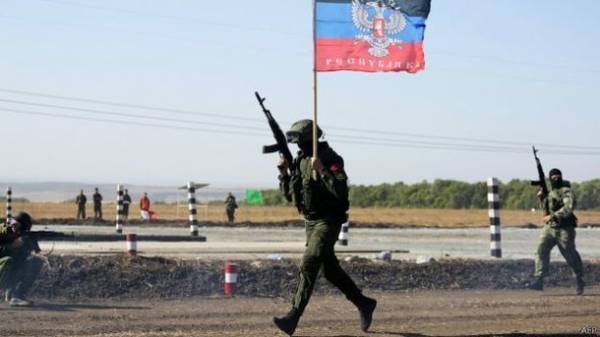 Russia could withdraw its troops from the Donbass in late summer or autumn this year, leaving in the lurch controlled fighters. This opinion was expressed in the comment “observer” military expert Oleg Zhdanov.

Expert, commenting on the statement by the representative of the Ministry of defense plans to”escape” the invaders from the Donbasand noted that the Kremlin will try to do it quietly.

“From a military point of view, the operation may be as follows. They’re no. To save face, the Russian President, the Russian troops quietly out of the occupied territories. We are putting the National guard, hold the cleaning area, from behind APU, and if necessary with the help of heavy weapons they crushed pockets of resistance of the separatists, collaborators and marginal-minded persons who are unlikely to refuse to surrender their weapons. The Russian Federation further confirmed that, “there is not and was not” that they just supported the “Russian world”, – said Zhdanov.

In his opinion, Russia will throw local fighters who will escape, who as you can, because in Russia they will not be allowed.

“It’s cannon fodder. And in Russia they will not run, because today virtually all of Kantemirovskaya division as detachments take up positions along our border,” – recalled the expert.

The military expert believes that such a plan is necessary to Putin for the presidential election for the easing of sanctions and strengthening their positions in Russia.

“I think that the withdrawal of Russian forces may occur either in late summer or fall of this year. Therefore, these plans are fulfilled,” – said Zhdanov.

Informed military expert Alexey arestovich proposed a scenario of operations for the liberation of Donbass. According to him, the Ukrainian army enough to break into three places of the front to a depth of 50 kilometers and the resistance of the occupiers will come to an end.