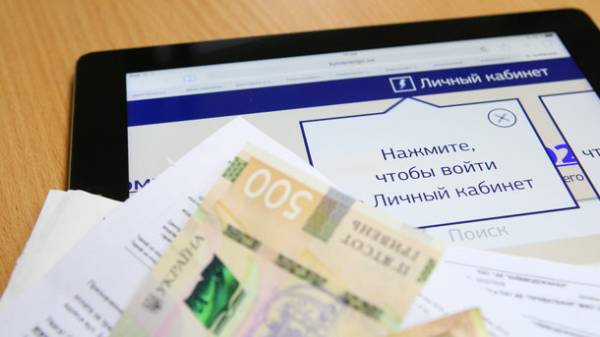 Ukrainians owed for utility services more than 11 billion hryvnia, according to the data of the state statistics. According to the new draft law “On housing services”, debtors have in addition to the amount of debt to pay a penalty for each day of delay. In addition, under the new rules subsidiary debts can remain without the state help. The website “Today” found that threatens the debtors and the Ukrainians pay for communal.

How many owe the Ukrainians

Ukrainians traditionally in the winter accumulate debts for communal, and in the first months of summer to repay them. For example, in January of this year the Ukrainians for communal counted 14.7 billion hryvnia, and paid a total of 9.2 billion. At the same time in March accrued for communal 7.9 billion, and paid almost two billion more. Average bills last winter was up to 1,500 hryvnia, and in may, there is no need to pay for heating, decreased to 900 UAH.

In the first half of the year championship among the regions with the highest percentage of payment for utility services took the Zhitomir region. Here paid more than 117% of the assessed amount (17% went to the payment of debt). Worst pay in the Sumy region, here only paid half of the required amount. 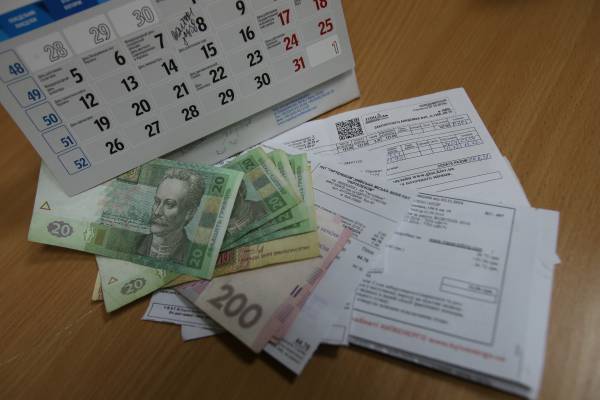 Total debt as of the beginning of summer was 11.3 billion. Most debts for heating and hot water 8.9 billion, 3.9 billion UAH for electricity and 1.8 billion hryvnia for cold water.

In almost any multi-storey building debt has at least every tenth apartment. “We have approximately 20% in each house do not pay for utilities, or pay bills partially,” complains the acting Director Ternovsky public utilities company Igor Zayarny.

According to the results of a survey conducted by the website “Today”, 45% of the respondents accumulate debts for communal services, another 45% are forced to save in order to cope with utility bills. The survey involved almost 24 thousand readers.

As noted by Advisor to the Deputy Chairman of KSCA Yulia Competent, there are instances when you do not pay enough to provide familiesliving in expensive apartments. At the same time subsidiary (in the capital every third apartment with subsidy) regularly pay utility bills. One of the main reasons for the rising debt, says Julia Panteleeva, – increase of tariffs. For example, two years ago the family that three months have ignored bills in the summer could accumulate a debt of 500 hryvnia, now for the same time period the amount of debt can reach several thousand.

How to punish debtors

According to the new wording of the law “On housing services” (document adopted in the first reading), all debtors for each day of delay will have to pay a penalty of 0.1% of the debt. The total fine amount shall not exceed the amount of the debt. Penalty will be assessed after the 20th of each month. So, if you pay 30, you will have to pay 1% more.

Now Ukrainians subsidies, which have accumulated debt is at least two months, are not eligible for renewal discounts. These changes came into force in may, after acceptance by Cabinet of Ministers resolution №300.

As the lawyer says Alexander Plahotnik, if the debt exceeds 10 thousand hryvnia, any provider of public utilities may apply to the court. The judge has the right to seize the car, apartment or other property and through Executive service to sell it to debt. In the Ukrainian practice is a precedent, when from-for debts for communal family lost the apartment. So, luck 27-year-old Alexander Schweiger last year remained without habitation from-for a debt in 50 thousand hryvnias. “Kopeck piece,” sold for 446 thousand hryvnias, and “surrender” did not return for several months.

“The hammer” goes not only apartments, but also machines, microwave ovens, TVs, etc. to Buy the arrested property can any Ukrainian on the website SETS. In Kiev, says Yulia Competent, the situation to court to try to resolve. As noted by the clerk, in her memory there are no examples of seizure of Kiev from-for municipal debts. 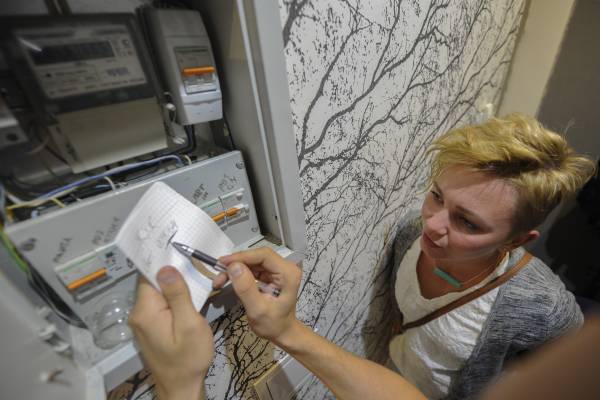 Instead, the suppliers and the local authority places ads for homes with a list of apartments that are in debt, communicate with the debtors propose to execute the contract restructuring, that is, to pay the debt in small parts for several years. “The policy of the city aims to work with each case separately. You have to understand why people do not pay. It happens that the family moved to the country and three months of not paying, and there are situations where this is a principled position and people years do not pay. Then we have to somehow motivate people. Perhaps people have no information that there is the possibility of restructuring, it may come to the supplier and say: “I agree apart from the ongoing payments to pay part of the payment for debt”. And the Executive office understands that people are willing to pay,” – says Yulia Competent.

“It happens that the family moved to the country and three months of not paying, and there are situations where this is a principled position and people years do not pay. Then we have to somehow motivate people,” says Good.

The “harsh” punishment, which threatens the debtors in the capital, the whole building can be disconnected from utilities because of debts in most of the units. For example, in the Darnytsia district in the high-rise building, which is owned by one of the companies turned off the hot water. Technical capabilities in order to turn off the water only part of the apartments, no.

In KSCA note: suppliers of hot water pays water and gas, suppliers of cold water should pay for the electricity. If you stop paying, you can disrupt the entire chain and would threaten the stable operation of a number of companies. However, according to Literate culture of payment in the capital is quite high and to talk about similar threats at the moment is not necessary.