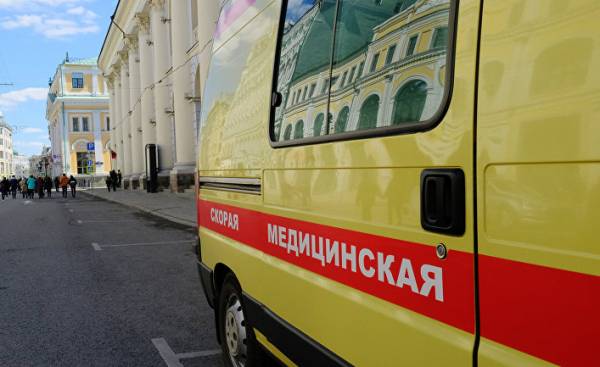 The film ends with the scene when the ambulance rushes through the streets of Moscow so that fear takes. One of the doctors runs in front of the car and persuades drivers in traffic to move out of special lanes. Stunned the audience at this point no longer sees the incredible scene as an allegory. For the past two hours he had already learned something about the level of Russian health care is really significant example. Director Boris Khlebnikov does not speak English, so don’t give interviews. A pity, because anyone who watched his wonderful shot, but a nasty film “Arrhythmia”, it would be interesting that the love story of two Moscow doctors said the Ministry of health of Russia and has not been already filed.

Oleg works as an emergency physician, where, as in the film is repeated several times, it is important to save lives and to comply with the Directive. Oleg is a professional who does not want to in extreme situations, bureaucracy interfered in his professional duties, and that no interference to accept (he gave the Hippocratic oath). So Oleg all the time, conflict at work and fills in problems with alcohol. Thus, he destroys the relationship with Kate (she is also a doctor), with whom he lives in a tiny apartment in a residential area. Kate demands a divorce. The story about trying to give another chance to the relationship of the two people in each other is still something attractive, set against the backdrop of their professional activities. In their work are solved in the same (!) problems as in the famous Czech series “er”, filmed in the early 80s (!!) years. We are talking about the speed of arrival at the scene of the accident, the professionalism during a call and lack of beds.

In fact, this film is a nightmare of the doctor and the doctor Andery Rolling pin (it played Bartak) together: the parent wants to see his daughter after major surgery, but the hospital he did not bring their own white coat. So the visit will not. The doctor injected atropine sick woman, but there is a call Manager and under the threat of sanctions orders to go somewhere else, because the time allotted according to the standards for one patient, ended. The doctor inspects after mass brawl three guys and sends them to the hospital, and again they fight — now in the ambulance. After changing the doctor himself washes hose the car stained with blood. The icing on the cake? The chief of the ambulance Joseph Vinklarek (he, too, could shout that is already there) plays the dandy in the pink sweater, which solves problems with doctors in a scuffle.

While Czech President sees more than others in Russian politics, and many admire Putin, Czech television is obliged to purchase the film “Arrhythmia” and good for them to torture on channel ČT1 his loyal viewers. You can see that time is running out very quickly, you begin not when you are in the Czech Republic of the free and still good medicine, and at the time, when you lie down after a fight on the streets of Moscow and is coming to you soon, in front of which runs a doctor.