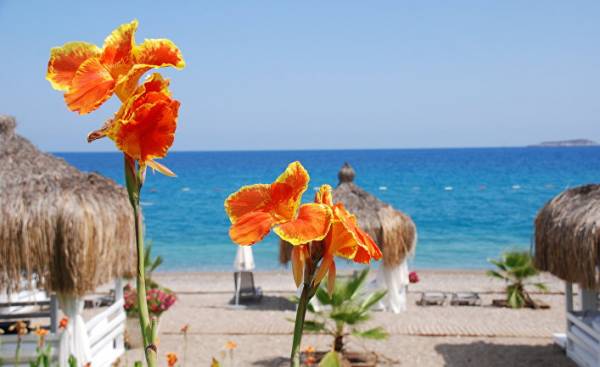 Russian tourists flooded into Turkey. In may of this year the number of foreign visitors arrived in Turkey, largely under the influence of the increasing number of Russians increased by 16.27% and amounted to 2.89 million.

The number of tourists, which increased for the first time last April, in may, also continued to rise. According to the data announced by the Ministry of culture and tourism, a great contribution to the increase in visitors in may this year, made events that are associated with Russia.

In may, the number of foreign visitors arrived from Russia amounted to 608 472 people with the growth of 1384%. The number of Russian tourists who visited Turkey in the first five months of the year, under the influence including the last recorded growth approached the one million mark and amounted to 928 thousand.

The deficit will close the Persian Gulf

Despite the growing number of visitors, the income from tourism is declining. In 2015, the tourism sector, which is trying to attract tourists with discounts, the average expenditure of foreign tourists amounted to 715 dollars, in 2016 — 633 dollar in 2017 637.

Although when you look at the statistics on tourism, you can see signs of recovery in the European tourism market challenges remain. Despite the fact that visitors from the UK and Germany start to give the sector the hope of any major increase is out of the question.

While the number of tourist arrivals from Germany remained at the level of 863 thousand from the UK arrived 396 thousand tourists. The number of visitors from the Netherlands and not met expectations.

Meanwhile, the increase in the number of visitors to Turkey from the Middle East. Particularly affected the number of tourists arriving on the coast of the Black sea, in Yalova and Bursa from countries of the Persian Gulf, especially from Iran and Iraq.

Contribution to growth, as experts, have also made the demand for Turkish resorts from countries such as Poland, Romania and the Balkan countries and Turkic republics.

The head of the Association of hoteliers of Turkey (TÜROB) Bayindir Timur (Timur Bayındır), noting that the increase in the number of immigrants has become the “lesser of two evils”, said: “In may last year, there was not a soul. Compared to this situation the growth is obvious. But, unfortunately, the prices were greatly reduced. We barely covered expenses. Obviously, the movement to the best there is, and we see traces of this, but the Europeans did not come back.”

On the coast — good situation, but Istanbul is troubling

The head of Federation of Turkish hoteliers (TÜROFED) Osman Ayik (Osman Ayık) noted that compared to 2016 the indicators gained positive momentum, but if we consider each market separately, we can see that problems remain. 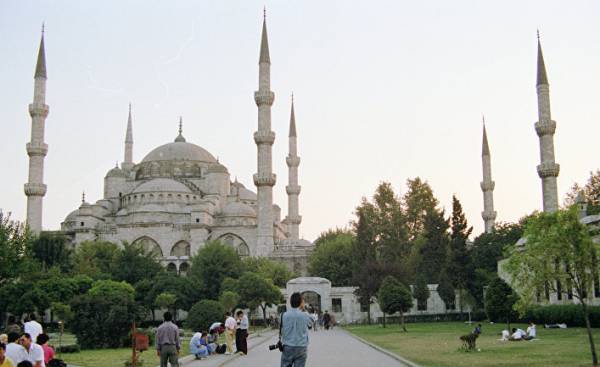 Ayik said that Turkey is hoping for the return of European tourists during the school holidays at the “burning stages”: “Our goal is to be reached by 2015 and above. This year we will not be able to rectify these figures in terms of income per person it will be very difficult. We are dedicated to improving the functionality of objects, increasing their power. So, we first want the number of visitors came to the previous level”.

IYC noted the high interest to the Mediterranean coast, especially Antalya and Fethiye, Marmaris, Bodrum, continued: “the Most problematic region — Istanbul. In Istanbul come for many different reasons, primarily cultural events, congresses, business, cruise tourism. But there is a serious loss, and, apparently, the recovery will be slow”.

“Will not abandon Turkey”

The head of the Association of travel agencies of Turkey (TÜRSAB) Basaran Ulusoy (Başaran Ulusoy) noted that the Turkish tourism, received a wound in 2016, began to compensate for the loss. Ulusoy stressed that for the whole year is expected the arrival of five million tourists from Russia: “Undoubtedly, Turkey is a country where expats can spend the best and most comfortable stay. They will not abandon Turkey. After overcoming the problems we began to see serious growth. And will be even better. On the British market, despite low rates, we feel the recovery. Restored and Germany.”

“Let’s get inside their brain”

In the words of Deputy Director of the company Diana Travel, which brings a large number of tourists from Europe, Tombola Burak (Burak Tonbul), the company entered into the “pocket” European tourists with the help of such arguments as discounts, while she’s been working hard to penetrate in their brain.

The increase in the number of Russian tourists compared with the year 2016, when tourism had received large wounds, was a very encouraging event for the sector, however, in 2017 still fails to achieve the desired performance, said Tobul.

“The important income derived from the sale of package tours and stay in hotels — continued Tonbul. Unfortunately, there is a decline. There are many methods of presentation, but there’s no other way to convince people, but to penetrate their brain. Spain is not the best situation, in Greece the hotels are full. This demand can come back to us. From may to mid-September in Russia and Europe during the holiday season. In addition, in Europe, there is a period we call autumn holidays. We hope to see the impact of these factors.”