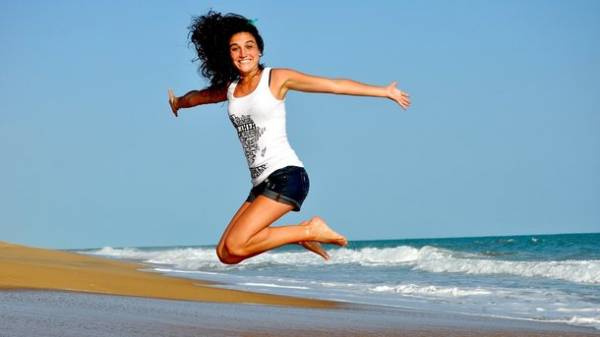 Vitamin B12 is a group of cobalt-containing substances called cobalamins. In the human body vitamin B12 is in the form of cyanocobalamin, so often in the literature, including health, this vitamin is called cyanocobalamin. At the same time, there are other forms of vitamin B12: the antidote agent hydroxocobalamin-commonly, methylcobalamin and 5-deoxyadenosylcobalamin, writes likar.info.

Cyanocobalamin is a water soluble vitamin, but despite this feature, it is able to accumulate in the body, mainly in the liver, kidney, spleen and lungs.

The recommended dose of vitamin B12 is six to nine micrograms per day, while on average, people living in cities, consume five to seven micrograms. Since cyanocobalamin is accumulated in the internal organs, the lack of vitamin in the diet is not immediately, but years later.

The action of vitamin B12

Vitamin B12 performs the following biological functions in the human body:

– cyanocobalamin has a strong lipotropic effect, preventing fatty infiltration of the liver;

– in case of chronic or acute hypoxia vitamin B12 improves oxygen consumption by the cells;

– takes part in reactions of the immune system. Cyanocobalamin increases phagocytic activity of white blood cells and promotes activation of the reticuloendothelial system. According to medical observations, in HIV-positive people with deficiency of cyanocobalamin, the development of the disease occurs twice as fast;

vitamin B12 participates in the synthesis of melatonin (sleep hormone), which helps to overcome insomnia and faster to adapt to changes in sleep-wakefulness.

Since cyanocobalamin is involved in the process of erythropoiesis, its deficiency leads to the development of anemia. Vitamin B12 is absorbed in the lower ileum, with the active participation of castle’s intrinsic factor. Thus, the pathological processes associated with cyanocobalamin deficiency, including anemia, can occur when there is insufficient development of castle’s intrinsic factor. For vitamin B12 can compete intestinal parasites and pathogenic microorganisms.

Natural sources of vitamin B12 are animal products: meat, eggs, poultry, fish and seafood, and dairy products. There are food products that are rich in this vitamin. Often it is corn flakes, Breakfast cereals, soy products and others. In addition, vitamin B12 is also produced by normal intestinal microflora. So one of the ways to maintain normal levels of vitamin in the blood, in addition to eating natural sources, is the prevention of dysbacteriosis and other gastrointestinal disorders.

Vitamin B12 and vegetarianism

Non-strict vegetarians who eat dairy products, fish, eggs and comply with the principles of a balanced vegetarian diet usually provide the body with the recommended daily dose of vitamin.

With regard to vegans (adherents of a strict vegetarian diet), this category of people is the so-called group risk cyanocobalamin deficiency with all its consequences. Doctors recommend that vegans regularly take supplements and drugs containing vitamin B12.