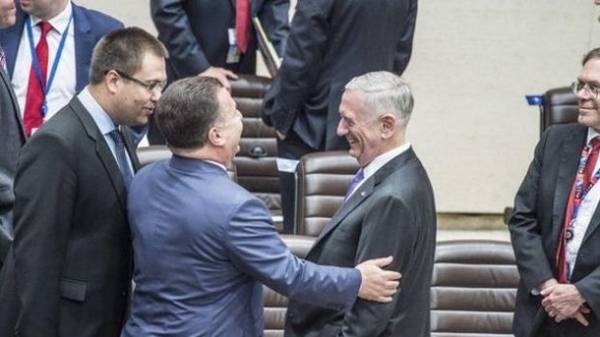 The Minister of defence of Ukraine Stepan Poltorak met with U.S. Secretary of defense James Mattis and discussed with him cooperation. About Stepan Poltorak wrote on his page in Facebook, transfers TV channel “112 Ukraine”.

“Today, during a meeting of the Alliance at the level of defence Ministers held a meeting and conversation with the Minister of defense of the United States of America James Mattis. We exchanged views on the situation in Ukraine and in the world and discussed the prospects of cooperation between the defense ministries of Ukraine and the United States,” wrote Poltorak.

“In addition, I had the honor to invite his American counterpart to visit Ukraine”, – said the head of Ukrainian defense Ministry.