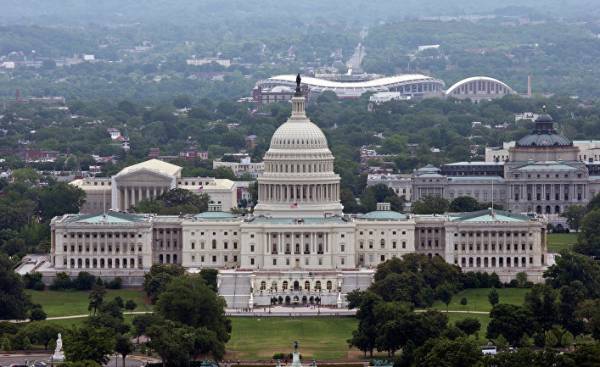 The plan of the Democrats, which consists in shifting all the blame on Russia may already be falling apart.

Despite the fact that the last six months, they are constantly accused Russia of the election of Donald trump…

Despite the fact that the responsibility for the serious shortcomings of American democracy lay in American and Russian plutocrats.

Despite the fact that during the election campaign, they positioned itself as a party opposed to Russia than as a pariah, ready to defend the interests of the workers…

Despite the fact that they forced a lot of friendly Democratic party organizations, experts and activists focus primarily on the subject of Russia, and not on hundreds of chronic problems in the United States…

Despite the fact that they spent countless hours of airtime, ink and pixels on the censure Russia instead offer reasonable and effective ways of dealing with the economic problems of American voters…

Now the Democrat Congress and other party leaders are gradually beginning to realize the reality: “the winning theme” of Russia led them to defeat.

The results of a new nationwide poll — and also the fact that members of Congress hear from voters in their States — just shouting about the need to channel the enthusiasm of the Democratic party in a totally different direction. And now more and more Democrats in Congress come to the same conclusion.

“Frustrated Democrats, hoping to raise their chances in the elections, strongly and loudly appeal to party leaders: stop talking so much about Russia”, — wrote the edition Hill this weekend. In contrast to the leadership of the party “rank and file Democrats argue that the theme of relations of Russia and trump does not cause any response from their voters, which is much more concerned about pressing economic issues, such as lack of jobs, wages, the cost of education and health care.”

In the article, Hill says: “After a series of defeats at by-elections, more Democrats called for a review of what ideas and signals to broadcast their party, and to shift the focus from Russia to the economy. The results of the elections of 2018, according to them, depend on whether the Democrats change their strategy.”

Such estimates should not be considered too subjective or individual. The results of recent large-scale survey of public opinion showed that the leaders of the Democratic party for a long time been guided by political illusions.

A nationwide survey conducted last week a respected company Harvard-Harris, showed a huge difference in the perception of the Russian scandal among the elite of the Democratic party in Washington, and voters across the country.

The results of this survey “indicate the risks faced by the Democrats, hoping to achieve high results — or even to retake the House of representatives in 2018, the article says Hill. — Although, according to the survey, 58% of voters worried that trump may have been some business ties with Moscow, 73% of respondents expressed concern that the ongoing investigation prevented the Congress to decide much more important issues.”

Mark Penn (Mark Penn), one of the leaders of the company Harvard-Harris, commented on the survey results: “Although the voters really want to find out whether there has been a fact of Russian intervention in the elections, they are concerned that these investigations are distracting the President and the Congress that rather harm the country than help it.”

These results of a new survey challenge the Democrats who want to be reelected and to oust as many Republicans from the house of representatives, depriving them of most of the more openly Express their dissatisfaction. In short, if you do not want the speaker of the house of representatives was Republican, revise its policies throughout the country.

Congressman from Vermont and a progressive Democrat Peter Welch (Peter Welch) commented on the situation: “We must constantly work to improve economic conditions, and we should abandon the relentless criticism of trump, whether it is Russia or dismissal of the Komi Republic. Because of these themes has its own dynamics, and they will be brought to its logical conclusion and without our participation”.

Welch added: “We achieve more success if we just work hard on the implementation of the program. Talk about trump and Russia are not helping to shape the programme of action”.

The formation of a solid program means rejection of what has already become a reflex in the leadership of the Democratic party, namely from the constant attempts to portray trump a puppet of the Kremlin. Recently, the minority leader in the House of representatives Nancy Pelosi (Nancy Pelosi) again made already sick of all the criticism of trump: “What do Russians have against Donald trump?”

Meanwhile, the Democrat from the house of representatives Matt Cartwright (Matt Cartwright) said, “If I belong to Russia, criticism of the President and to other such things as to minor matters, it is because they include my constituents”.

However, after the November elections, democratic leaders in Congress did almost all of his bets on the Russian horse. This horse was lame.

Yes, we need to conduct a truly independent investigation to verify the validity of the accusations that the Russian government intervened in the U.S. elections. The experts also must determine whether there was evidence that trump and members of his campaign staff had committed any criminal act before or after the election. At the same time, you need to soberly assess the situation. Such work on the audience on Capitol hill — from both the Republican leadership and the democratic leadership — can hardly be considered “independent” work.

In the upper echelons of the national Democratic party, particularly its Clinton wing, the accusations against Russia are having very important role. In a recently published book on the last election campaign, Hillary Clinton and written by journalists Jonathan Allen (Jonathan Allen), and Amy Parks (Amie Parnes), there is a very significant passage. “Within 24 hours after the recognition of defeat”, as the authors of the book, the campaign Manager Robby Mook (Mook Robby) and the head of the electoral headquarters of Clinton John Podesta (John Podesta) “gathered members of her team of public relations at the Brooklyn headquarters, to work together to formulate the arguments to prove that the election was not completely honest.”

During this meeting, “they developed a script, which they had to present to the press and the public. And a Central element of their arguments have already been hacker attacks Russia.”

In early spring, former Director of staff of the Clinton public Affairs Jennifer Palmieri (Jennifer Palmieri) published in the Washington Post article in which she formulated the basic theses of this approach: “If we explain that Russia’s actions — is not that other, as the attack on our Republic, the public will be on our side. And the more we talk about it, the more it will support us”.

But figures from the new survey showed how erroneous were the statements.

The Democrats of Congress, who in the early years, adhered to a common position in this issue may not have paid much attention to my article called “Democrats against Russia playing with fire” (Democrats Are Playing With Fire on Russia), published in the edition of the Hill about half a year ago. First, I warned that “the idea, greatest common denominator among the Democrats now is that Russia is to blame. Party leaders make the double bet on the approach during the presidential campaign gave no results, that is, they are trying to tighten the noose of the Kremlin around the neck of Donald trump”.

I continued: “More interested in how to play up to the media than right to speak about the economic problems of the industrial Midwest and other States, which ensured the presidency to Trump the democratic leadership much more readily would prefer to put a scapegoat, Vladimir Putin, than to delve into how it lost touch with the voters among the working class.”

However, the main idea of this my article, published on January 9, was that “the increasing incitement of anti-Russian rhetoric is extremely dangerous. It could lead to a military confrontation between the two countries, each of which has thousands of nuclear warheads”.

I noted that “in 2017, the wild desire to beat the drums, speaking out against Putin, quickly became an important part of the identity of the Democratic party in the eyes of the public. And — sadly — this can lead to the fact that in the long run the party will be keen to continue to demonize the Russian government.”

In my article, I also wrote the following: “the Reality is ruthless and can be so catastrophic, that it would be impossible to imagine. Pushing for further polarization of relations with the Kremlin, democratic congressmen contribute to the increased likelihood of a military confrontation with Russia.”

The article, titled “Democrats call his party’s leaders to talk less about Russia” (Dems Push Leaders to Talk Less About Russia), published in the Hill on June 24, should serve as a warning signal. Some Democrats of Congress, who since the beginning of winter relentlessly criticized Russia, are now starting to understand that it’s time to dispel this spell. But for this they will need the help of their voters.

If we want to save human civilization on the planet, the two nuclear superpowers — Russia and the USA — need to learn how to maintain an effective diplomatic relations with each other. Meanwhile, even if the nuclear threat stemming from the relentless incitement of hostility against Russia doesn’t occupy the top spot in the list of the main concerns of Democrats on Capitol hill — maybe at least the prospect of defeat in the elections next year will force them to reconsider their positions. It’s time to put an end to this dangerous anti-fever. An open letter to the Alexandrov ensemble