Representatives of the group of the European people’s party took the decision to expel from its membership the President of the parliamentary Assembly of the Council of Europe Pedro Agramunt. This was announced by MP from the faction “people’s front”, member of the Ukrainian delegation to PACE Leonid Yemets.

“Just at the meeting of the EPP group took the unprecedented decision – to exclude Pedro Agramunt from his own band, which at the time recommended him for the post of PACE President,” – said the Deputy.

He recalled that PACE the presentation from the parliamentary group is the basis for the appointment of a person to the position of President.

“There is a quota principle, and each President represents a different group,” – said Yemets.

“Given his visit to the Russian plane to Syria, given his behavior when he repeatedly simply lied to the Assembly, promising yourself to resign but has not done so, given that it was therefore adopted changes to regulations regarding the impeachment of the President of the Assembly, the group decided that Agramunt just can’t stay in its composition”, – said the member of the Ukrainian delegation to PACE.

According to him, no member of the group not voted against the exclusion of Agramunt.

“Only two people abstained and all other members of the group voted for what Agramunt may no longer be representative of the EPP,” concluded Yemets.

Recall that in March Agramunt visited Syria with a delegation of Russian deputies. After that, the PACE demanded his resignation. However Agramunt refused to resign, and the procedures of recall in PACE no.

April 28, the PACE Bureau by a majority of voters expressed confidence in the Agramunt and refused permission to carry out visits, to make statements and to conduct other activities on the post of the PACE President. 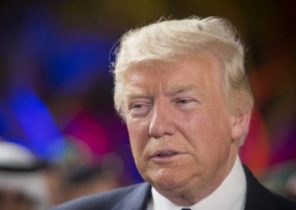 In Jerusalem, the tramp settled in the room-bomb shelter