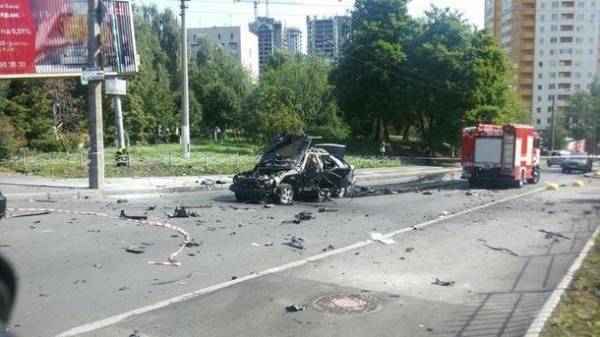 Parliament should immediately pass a bill to toughen responsibility for crimes against military personnel. About it I wrote in Facebook the people’s Deputy Irina Friz, commenting on the undermining of the car in Kiev, which killed an employee of the Main intelligence Directorate of the Ministry of defense of Ukraine.

“The undermining of the car in Kiev with the military defense of Ukraine raises the question of the immediate adoption of the bill 1174, which establishes liability for crimes against military personnel and members of their families in connection with the performance of official duties”, – the Deputy wrote.

We are talking about bill No. 1174 “On amendments to the criminal code of Ukraine regarding the establishment of responsibility for crimes against military personnel of the State border service, the Armed Forces, National guard, security Service, foreign intelligence Service, the state guard of Ukraine”. This document was adopted at first reading on 16 June 2015 and is ready for consideration on second reading and in General.

In its view, “further delay in the terror of the Russian agents in the Ukrainian cities is unacceptable and criminal.”

“The explosions in Ukrainian cities finally prove to the international community that Ukraine is dealing with terrorism organized, financed and supported by Russia. This is not the first case of encroachment on the life of a soldier in Ukraine, which is associated with its service and execution. The responsibility for this should be as rigid and inevitable”, – stressed the Frieze.

Later, the defense Ministry said that the deceased was an employee of the Main intelligence Directorate of the Ministry of defence of Ukraine, Colonel Maksim Shapoval.