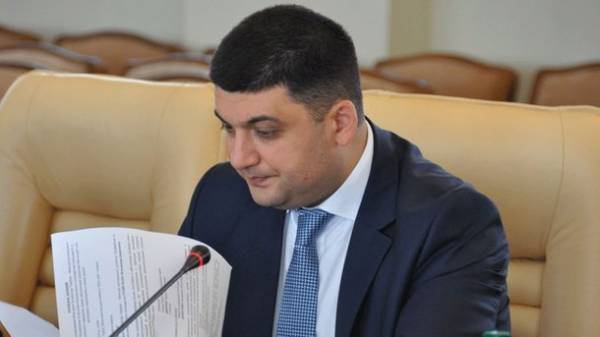 This reform is inevitable and necessary because the pension system of Ukraine is “under great threat”. This was stated by Prime Minister Volodymyr Groysman in an interview to “Лига.net”.

“It’s not even political, it is human responsibility: President, Prime Minister, the government, the deputies, factions, individual MPs groups of the Parliament. It is necessary to take this decision”, – said the head of the Cabinet.

Groisman also said he was willing to take responsibility for the success of the reform.

“I after his (decisions on pension reform. – Ed.) making ready to bear full responsibility for the successful implementation of the reforms”, – said the Prime Minister.

Recall also Groysman said that the nand the moment in Ukraine the pension system is not functioning.