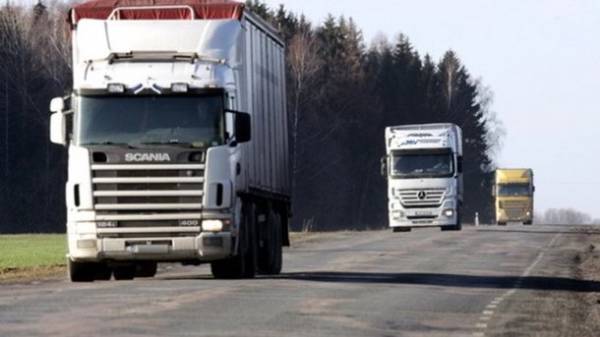 Fraudsters have invented a new way of “earnings”, the victims of which can become truck drivers, reports Autonews.

The authors of “schemes” put on the side of a deserted road mannequin whose pose resembles a drunken man, and when by doll drives a truck (road train or srednetonnazhnye), by pulling the rope to the “man” fell right under the wheels of a Peterbilt, and the driver had the impression that he knocked down a pedestrian.

Variants of further developments two. Most often do so: shocked the driver stops the truck and runs to look at the “downed pedestrian,” and at this moment there are thugs who Rob the cab of the truck, or (as it happens at night and in deserted places) threats to extort money.

But if the shocked driver continues to move, it starts to chase the car. And when the truck is forced to stop, left the car the boys explain that it is witnessed as a truck driver made arrival on the pedestrian and, consequently, their silence is worth a certain amount.

Seeing on the side, near the bumper or on the road figure, like a man (moreover, it may not be a dummy), is extremely reduce speed, but do not stop completely. If possible — take a left, although scammers usually choose smaller places.

Past, advise your colleagues on the radio and that it is highly desirable, call the police. And, of course, use video recorders: electronic witness will help to prove not only innocence, but also, in case of doubt, to understand what happened, without leaving the car.