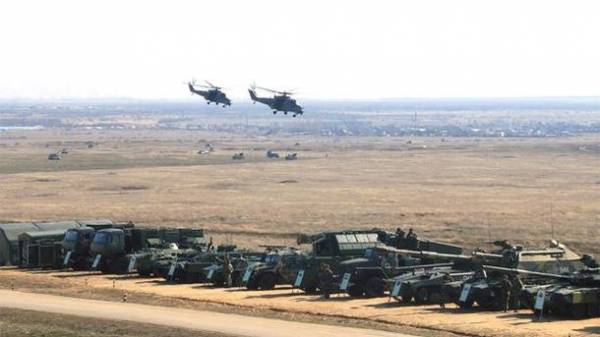 In the Donbass, to Crimea and along the Russian-Ukrainian border, Russia has concentrated 60 thousand of its military. This was during the 95-th seminar rose-Roth in Kyiv said the first Deputy Minister of defense of Ukraine Ivan Rusnak, UNIAN reports.

“Only temporarily occupied territory of Donetsk and Lugansk regions, along the state border of Ukraine and in the Crimea expanded the group of the Russian armed forces, which, given the Crimean interspecific associations, has more than 60 thousand armed, trained soldiers,” – said Rusnak.

According to him, the arms of this army, in addition to the “standard set” of tanks, artillery, and MLRS, there is a powerful tactical missile systems “Point”.

“According to reports, in the first and second army corps (deployed in the occupied Donbas – ed.) command and management positions mainly take human soldiers officers and generals of the Russian armed forces that are sent to the temporarily occupied territory of Ukraine for a period from three to eleven months,” said Rusnak.

As recently told by an American military expert Philip Karber, near the border with Ukraine Russia deploys three large armies with lots of tanks.