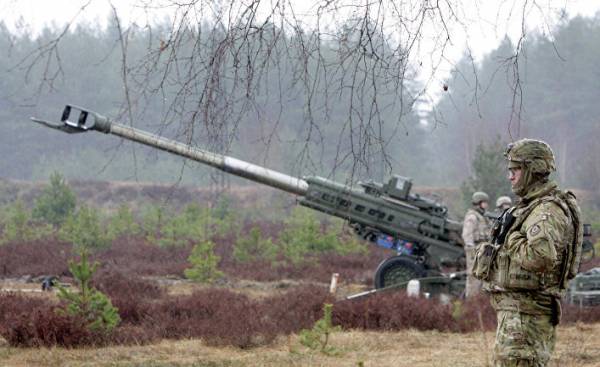 Stationed in Lithuania and Poland NATO troops next week will hold the first practice on defense of the so-called “Suvalki corridor”, which in the case of a military crisis in the Baltic countries can come to support the allies.

June 17-19, in the exercise will involve about a thousand Lithuanian, Polish, British and American soldier, which will attract heavy military vehicles and helicopters. This operation is part of the international exercise “Iron Wolf 2017” (Gelezinis Vilkas 2017).

“This operation is carried out for the first time. One of our objectives is training for the arrival of the allies in Lithuania. This is a purely tactical procedure: as they cross our border, through controlled our own territory, come into the territory of the Republic of Lithuania”, — told journalists on Monday the commander of Land forces Brigadier General Valdemaras, Rupsis.

“Sulkowski corridor” referred to as the border area between Lithuania and Poland with a width of about 100 km, which in the West borders with the Kaliningrad region, and in the East — with Belarus. In case of war, his capture will block the NATO allies, the way to the Baltic States, so experts “Sulkowski corridor” is often called the Achilles heel.

At the festival in Astana, removed the map of Ukraine without Crimea – Klimkin