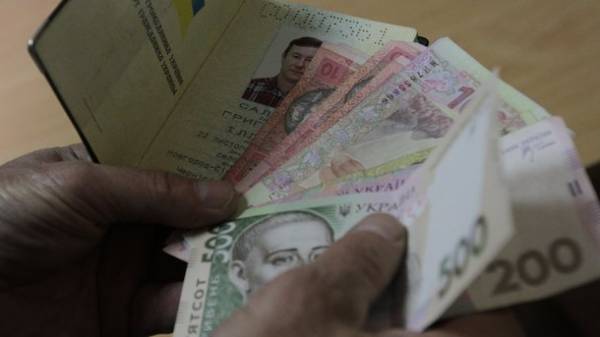 “I am a military retiree (MIA), receive a pension and work, executed by the company officially. Based on my recalculation of the pension in 2 years as those who work and receive retirement pension in the General order?” — Igor Bragin, Kiev.

Meets Basil SEGUIN, a lawyer in private practice in the field of protection of the rights of citizens:

“The question not enough information for detailed analysis. But we can immediately advise you to pay attention to the following points: as a General rule, under article 44 of the law of Ukraine “On pensions of persons discharged from military service and certain other persons” (hereinafter the Law), the sizes of pensions to persons from among military servicemen and members of their families who receive pension in bodies of the Pension Fund of Ukraine, are subject to recalculation in the case stipulated by part two of article 42 of the Law of Ukraine “On compulsory state pension insurance”.

However, in accordance with article 63 of the Law, all designated according to this Law, pensions will be recalculated in connection with the increase in cash collateral of the relevant categories of servicemen, persons having the right to pension according to this Law, on conditions, in the manner and amount stipulated by the Cabinet of Ministers of Ukraine. Today the order is the Procedure of recalculation of pensions, appointed in accordance with the Law, approved by the decree of the Cabinet of Ministers of Ukraine dated 13 February 2008 No. 45 (hereinafter — the Order).

However, the Order does not provide for the recalculation of pensions to former police officers who receive a pension on the conditions of the Law, given the types of cash collateral, monthly additional types of cash collateral and premiums in the amounts established by law for police officers. At the same time, the Cabinet of Ministers the question on amendments in Order to resolve this issue.

Also note that, according to the decree of the Cabinet of Ministers of Ukraine dated July 17, 1992 No. 393 “About the procedure for calculation of years of service, appointment and payment of pensions and monetary assistance to persons of officers, ensigns, warrant officers, servicemen of the extended service and military service by contract, persons of commanding and ordinary structure of organs of internal Affairs and members of their families” in the seniority of persons referred to in paragraph “f” of article 1-2 of the Law, in addition shall include the time of continuous operation (from the date of appointment after dismissal from service in internal Affairs bodies (police) for jobs in the Ministry of the interior or the National police (their territorial bodies and institutions), which are overridden by state officials, and educational, medical and research institutions — on any posts. It should be borne in mind that the credit insurance experience acquired after his discharge from service, years of service by the Law of Ukraine “On pensions of persons discharged from military service and certain other persons” is not provided.