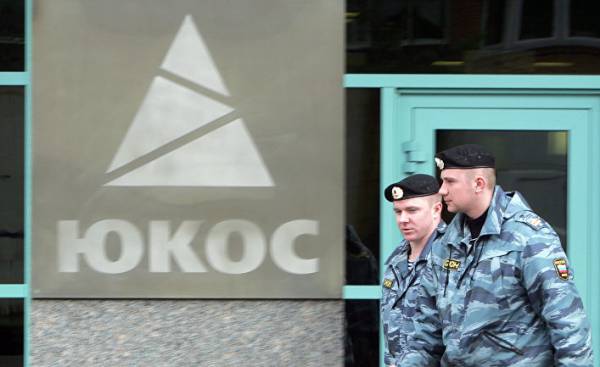 On Tuesday the court of appeal of Paris should make the decision on possibility of arrest of property of Russia to pay 50 billion dollars requested in the framework of the Yukos case.

Former shareholders of the oil company filed a lawsuit against the Russian government. In addition, the process led to diplomatic troubles in relations between Russia and France.

On 27 June the court of appeal of Paris has to make a decision, which attracted attention in Russia. The fact that it may spare her from having to pay a whopping amount of 50 billion dollars (45 billion euros, one and a half times the defence budget of France) in the framework of the Yukos case and hinder further prosecution.

Judicial war of the Kremlin with the former shareholders of Russian oil company has been going for ten years. There were a few significant episodes, in particular the attempt to block work on the construction of a new Orthodox Church in Paris…

The trial is haunted by the Kremlin. Vladimir Putin finally approved their grip on the ashes of YUKOS, however, since the government cannot get rid of the ensuing litigation.

To understand the situation, you need to go back to the roots: in 2003, the Kremlin went on the offensive in the second largest oil company of the country and its young owner Mikhail Khodorkovsky: that ultimately was sent to prison and the company was forced to pay a huge fine, which led to its bankruptcy in 2006 and further selling in parts.

Not surprisingly, the choicest pieces got circulated in the orbit of power of Rosneft. In Russia, it was quickly settled, however, Yukos shareholders did not want to put up with it. And demanded compensation.

Oddly enough, for the settlement of disputes, Russia has taken the powers of the Permanent court of arbitration in the Hague. In July 2014, after months of hearing she suffered a crushing defeat: the court ruled that the Kremlin robbed the shareholders of the company. In the result, the Russian government ordered to pay compensation of $ 50 billion, 20 times higher than the largest approved by the judges in the past fine, however, corresponds to the theoretical value of the company.

The decision in December

Russia immediately filed an appeal in the district court of the Hague (he has needed in order for the authority) and two years later achieved the satisfaction of their solutions. On it the appeal already filed Yukos shareholders: the process should be completed in December.

Until the arbitral award remains in force in France. It should be noted that to achieve the application of the arbitration verdicts in France is quite simple, and the lawyers of Yukos in 2014 focused on her own efforts. In particular, they were able to achieve execution of the judgment of the Court of high instance of Paris. Next, they conducted a search belonging to the Russian state property and put a lien on it.

You can start a game of cat-and-mouse, the results of which are agents of shareholders of Yukos seized by about ten buildings, including two houses in Paris, which houses the offices of the news agencies TASS and Sputnik.

The commitment of 300 million Euro

From Arianespace was arrested on a debt of 300 million euros for the purchase of Soyuz rockets. It’s the same in Belgium: there under arrest were two buildings, including the representative office of Rossotrudnichestvo…

The lawyers of Yukos demanded to arrest dedicated to the new Paris Cathedral land, however, Russia has managed to achieve recognition of his diplomatic immunity… They also tried to arrest Paris paid a compensation for the abolition of the supply of helicopter carrier “Mistral”, but the authorities have structured the payment so that it was impossible.

In any case, Moscow is still at risk everywhere to encounter the bailiffs, and the situation creates diplomatic complications in bilateral relations. Therefore, the Russian authorities went on the offensive in the French court. Thus, the court of appeal of Paris should make Tuesday a decision on whether the arbitration sentence is to be applied further. If he says “no” again to start such a procedure would be extremely difficult, especially because other countries can continue to rely on this decision…

Russia has written to the French Prime Minister, threatening to suspend deliveries of carriers “the Union” if the arrested funds will not be unlocked. Yet to anything concrete all this has not led, but adopted in the end of 2016 the law Sapena 2 provides for the tightening of legislation on arrest belonging to foreign States of property…

Among the plaintiffs are Leonid Nevzlin, Vladimir Dubov and Platon Lebedev. All of them lined up along the YUKOS Mikhail Khodorkovsky. He lost his share after his arrest and after his release living in the UK.

His former companions have already spent on lawyers over 70 million euros. Moscow is trying to extradite living currently in Israel Nevzlin, accusing him of involvement in contract murder. He categorically denies this and says about political persecution. Israel’s Supreme court rejected the extradition request for lack of evidence.

Thus, the French court will make a decision on a seemingly distant conflict, which however can be extremely serious economic and political consequences, including in France. In addition, what is happening brings back memories: many Frenchmen were Russian loans… 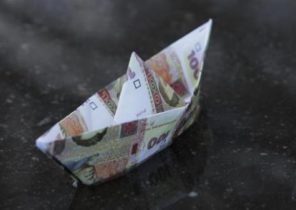