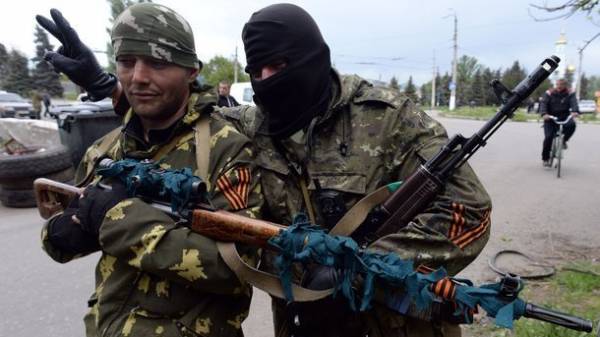 The U.S. state Department acknowledged that Russia is funding and training the militants in the Donbass, reports “Voice of America”.

“Russian-controlled separatists are trying not to allow the international community to see what is happening in Eastern Ukraine. We know that Russia is leading the so-called separatists, finances and trains them,” – said the press attache of the state Department Heather Nauert.

The state Department has urged Moscow to use its influence to make the separatists stop to intimidate the observers of the OSCE.

“The U.S. is deeply concerned about the alarming trend of violence and intimidation, the OSCE side controlled by Russian separatists. The information obtained from observers, is one of the reliable sources through which both we and the world can see what devastation occurring in this part of Ukraine”, – said Neuert.

Earlier in the OSCE stated that Russia is undermining efforts to end the fighting in Eastern Ukraine and refuses to condemn the intimidation of the OSCE mission.