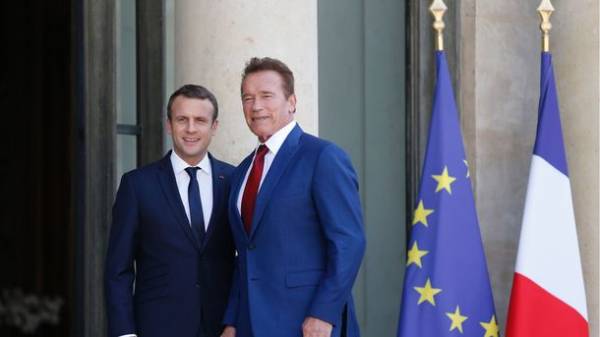 The President of France Emmanuel Makron and former California Governor Arnold Schwarzenegger has recorded a video in which potrollit American leader Donald trump because of his attitude to climate change.

On his page in Facebook Schwarzenegger has released a video message in which they promise to “make the world great again”.

“We will work together to make the world great again,” added the macron.

We will remind that earlier the US President abandoned the Paris climate agreement that America signed in 2015. For this decision trump many criticized, including the macron.