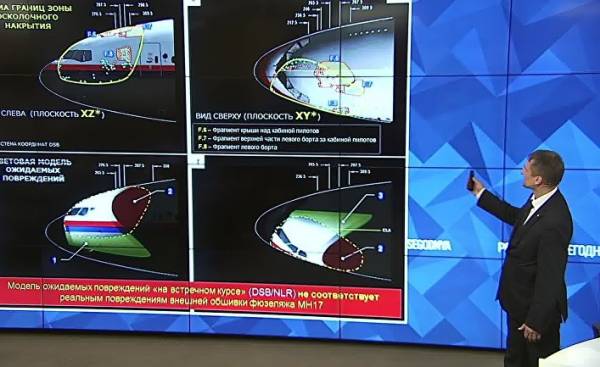 In Russia for a long time do not hide their involvement in the conflict and the de facto occupation of Donbass. Like at the official level continues the old song “about the civil war” or “internal Ukrainian conflict”, but in public actions and statements completely different.

President Putin says “we have to protect” in the East of Ukraine the Russian-speaking population, the Ukrainian inspectors will not be allowed on military sites in the Rostov region, where supplies of weapons and military equipment to Russian fighters, that is the Russian military under the guise of militants.

All this is carefully filled with hysteria Russian TV, where the deputies of the state Duma and other no decisive person “stoked” for the occupied Donbas, calling the occupied territories “native Russian” land. For the citizens the fact of control of parts of Donetsk and Lugansk regions is not a secret, but the most resourceful in any argument always say “Dumbassness, and you prove it”.

No need to prove anything. It successfully does the Russian leadership. Russian President publically ponders “when Russia will take the Donbass” and analyzes the situation to “make timely decision.” In the flow of such statements there is an item that makes the international community not only to remember and think about the accountability of the aggressor.

Recently, the United States was the presentation of the documentary by Oliver stone — a series of interviews with Vladimir Putin. Conversations recorded at different times, but this one definitely deserves attention, dated July 2015, a year after the attack on the Malaysian “Boeing”. Stone asks Putin about MH17. Russian President traditionally all sins blames US, who do not want to disclose the information their intelligence services about the attack on a passenger plane, because the Kremlin “understand their position on Ukraine.”

“They all wanted to blame the militias in the Donbass and indirectly on Russia, which supported militias,” — says Putin in 2015. Then he said that this would not have happened “if Ukraine’s leadership listened to us and not the beginning of a full-scale military action.”

In logic, Putin can not refuse. I do not want Ukrainians (“one people”) to greet Russian tanks with flowers. He accuses the Ukraine, she unsuccessfully with fire and sword, proves to himself and the world his right to a place under the sun.

However, a year later, in September 2016 joint international investigation team found that the plane was shot down by a Russian missile “Buk” from the militant-controlled areas of Donbas, which was brought from Russia. Investigators do not konkretisiert who owns this “Book”. But how many would come up with tales about “volunteers on vacation”, hardly anyone will even Russia come to mind to justify the existence of “private” Russian anti-aircraft missile complexes.

In fact, the tragedy of MH17 has become a mirror of Russian aggression. And if on this SAM carried out a detailed investigation and spelled out every point of its movement, the hundreds of tanks and other military equipment for such a detailed analysis to carry out is almost impossible. In any case, the traces will lead first to the seized Ukrainian-Russian border and further to specific military units and storage facilities of the defense Ministry.

Moscow understands that even a little bit- and it cornered with undeniable arguments. This is already being prepared. Not coincidentally, the speaker of the Federation Council Valentina Matviyenko, according to the Russian legislation, the third person in the official hierarchy in Russia, called the initiative to establish an international Tribunal (killed 298 people!!!) on the MN17 “interference” in the internal Affairs of the Russian Federation.

The whole propaganda of the Russian Federation will be strengthened to deny it, and the owner of Russia will show the language because of the Kremlin wall and swinging the nuclear club. The civilized world will have to try to bring to justice those responsible for this act of terrorism. Together with the terrorist to fight terrorism — it is useless.