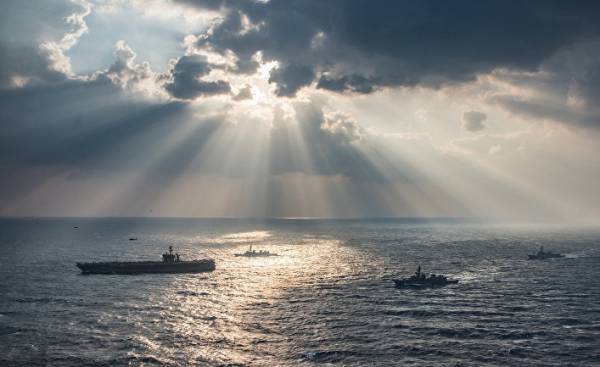 Off the coast of North Korea looms ominously American carrier group, ready to strike if Kim Jong-UN will make a provocative move. But, like the situation in the Korean waters enough threat, in this area there are also Russian and Chinese intelligence ships, apparently conducting surveillance on Americans.

As reported by the newspaper The Yomiuri Shimbun numerous sources in the Japanese government, China and Russia sent a reconnaissance of the court of its Navy to monitor American nuclear aircraft carrier “Carl Vinson”, which is sent to the coast of the Korean Peninsula.

It seems that both seek to probe the actions of the United States who demonstrate a position, not excluding military operations against North Korea. According to sources, the self-defense forces are stepping up the action alert and the outside observation in the territorial waters and airspace in the area.

Apparently, carrier strike group headed by the “Carl Vinson”, composed of destroyers with guided missiles and other ships located in the area of the East China sea and heading North in the waters near the Korean Peninsula.

China and Russia, the priorities of which include the stability on the Korean Peninsula, expressed concern about the tough position of the United States, the Minister of foreign Affairs of Russia Sergey Lavrov said the issue should be resolved peacefully through political and diplomatic efforts.

Apparently, the purpose of sending intelligence ships, partly is to send a warning signal to the United States.

After the 105th anniversary of the birth of Kim Il sung (Kim Il Sung), the founding father of North Korea, which is celebrated on 15 April, DPRK April 25, will celebrate the 85th anniversary of the founding of the Korean people’s army. North Korea does not abandon its intent to conduct its first nuclear test since September of last year, which is already sixth in a row, and test launch of Intercontinental ballistic missiles.

Surveillance, the Russian and Chinese ships for the American aircraft carrier, not necessarily provocative — if they don’t get too close and would not cause concern. The likelihood of confrontation, although possible contingencies cannot be ruled out.

The fact that “political and diplomatic efforts” to persuade North Korea to stop the implementation of its aggressive and provocative nuclear program and ballistic missiles made in the last 20 years, but to no avail. In addition, Russia and China — interested players. It is possible that the idea of nuclear weapons in North Korea they don’t like, but they approved of the regime of Kim Jong-UN as an obstacle, not allowing the United States to bring together its forces in the region. North Korea (nuclear unpredictable factor) in the interests of China or Russia is not threatened. But it is of concern to Washington that it suits them.

Their merrymaking with the purpose of rendering of psychological pressure on the opponent’s move into dangerous territory. The US is trying to convince both States that we perceive the threat from North Korea very seriously. The possibility to take measures not to allow Pyongyang to achieve the ability of missile strikes by US allies, are rapidly declining. We let this bloodthirsty paranoid mode to achieve this possibility? Or are we supposed to do something?

President trump said that China wants to help in curbing North Korea’s nuclear program. But the extent to which the Chinese are willing to help, and how many will benefit from them? If they want a peaceful solution to the crisis, they will have to do much more than what they showed before. 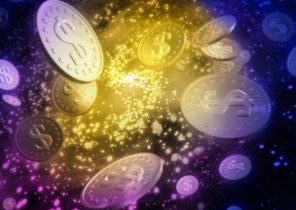