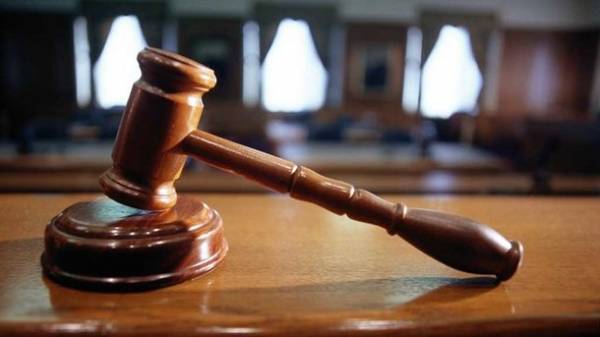 One of the leaders of the state concern “Nuclear fuel” (which includes the SE “Eastern mining and processing plant”), who is suspected of involvement in the embezzlement of funds “VostGOK” in the amount of 17.28 million. USA, elected a measure of restraint in the form of a night of house arrest.

As reported the press service of NABOO, the decision adopted by the Solomensky district court of Kiev on 5 may.

Also the decision of the court the suspect was ordered to wear an electronic monitoring tool (bracelet) and surrender all passports.

The official is suspected of committing a crime under part 1 of article 255, part 5 article 27, part 4 of article 28, part 5 of article 191 of the Criminal code of Ukraine (creation of a criminal organization, assignment, waste of property or taking to them by abuse of official position).

On 22 April it was reported about suspicion in the manner prescribed for the cases when the suspect is outside of Ukraine. On may 4, the official received notification of the suspected person.

As reported, according to the investigators, GP “VostGOK” concluded with the intermediary company controlled by ex-Deputy Nikolay Martynenko, the contract for the supply of uranium concentrate at inflated prices, resulting in state-owned enterprises in the years 2014-2016 was damaged in the amount of 17.28 million dollars.

20 APR detectives NABOO detained Martynenko in the investigation of cases of embezzlement of funds of the SE “Eastern mining and processing plant”.

The Prosecutor SAP novel Simkiv stressed that in the case Martynenko there are 5 suspects who declared a suspicion, Martynenko among them play the role of organizer, that is the person who created and directed the actions of other persons in Commission of this criminal offense”.