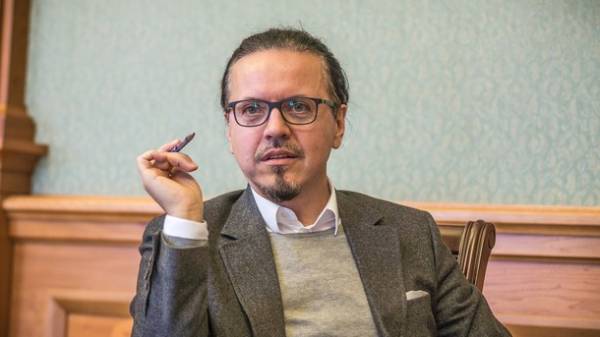 The contract with the head of “uz” by Wojciech Balchunas is formally extended until 9 June 2019. This was reported by the press service of the UZ.

“In accordance with the law “On peculiarities of formation of public joint-stock company of railway transport of General use”, of the Charter, the BONDS, the Chairman is appointed and dismissed exclusively by the Cabinet of Ministers”, – said the Director for legal Affairs of UZ Andrey Omelchenko.

In addition, he said, according to the Labor code of Ukraine, if upon expiration of the labour contract the labour relations are actually continuing and neither of the parties demands their termination, the agreement is considered extended for an indefinite period.

“This provision is also confirmed by court practice. We are talking about what the rules of article 39-1 of the Labor code on the renewal of fixed-term contracts indefinitely apply to cases where after the expiry of the contract the labour relations are actually continuing and each of the parties demands their termination,” said Omelchenko.

Therefore, since after a 5 June 2017 of the term of the contract with the Chairman of the Board of the labour relations actually continue and neither of the parties has demanded their termination, the contract with Balkonom formally deemed to be extended until June 5, 2019.

We will remind, earlier the Minister of infrastructure Vladimir Omelian repeatedly demanded the dismissal of the head of the OUSE. Prime Minister Vladimir Groisman said that the decision on whether to renew the contract with Balkonom will be made on the basis of its report on the work for the year. Report Balchan have not yet provided.