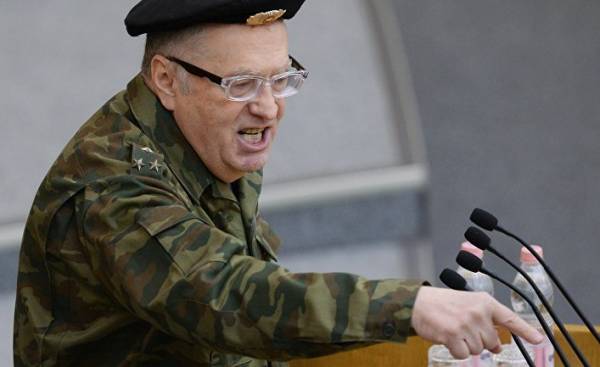 Politicians, heads of States, all who work in important state offices, not as free as we are, ordinary citizens. If you answer to many questions eight times they get stuck in indecision and ninth uttered some words that could be interpreted either way. Figuratively speaking, they don’t close until the end of doors and leave a gap for it to go back down and change position. But neither the politicians nor those who occupy important chairs in public administration should not be blamed for such behavior. They need to understand.

Some States use the “backup” in such matters. The characteristic feature of this backup — it should look like “ornery”! This perception is formed directly by the deep state. First, the media advertise to the whole world his feisty, sharp attacks, then it’s a few leaves in the shade, and at the right moment he palm off the text and stretch the microphones… Valid method: “Daughter, I say to you, and you, daughter-in-law, smekaesh”.

The leader of the liberal democratic party of Russia Vladimir Zhirinovsky is the most famous tool of this method. With it a signal to Russia reaches the desired point, while in the diplomatic sphere she incurs problems. Russia throws hands to the side, say, what to do, crazy Zhirinovsky, and using facial expressions and gestures bypasses a particular topic.

One of the countries which more than others using this method, Iran. Note hard the signals that Iran gives in the diplomatic sphere, the truth is obvious in all its undisguised nakedness… Iran takes the position: “what is said is not our official point of view!” — but the signal has already been sent to the right address!..

Look at it from our flank. Note the revolutions of the Republican period. Even no need to list individually. All of them are the United States. But so far no official did not say, could not say it aloud, and it is natural. You’re needy and dependent from all points of view. That is despair!..

Perhaps we could say something about ESREF Bitlis (Eşref Bitlis), commander of the gendarmerie, who was killed in the heart of Ankara, or the murder of Aselsan engineers in 2006?..

Oh Yes, we said, “Suicide”, to calm our public opinion, because we’ve got nothing else to do!..

16 July 2016, when, after the attempted coup of July 15, I announced on television: “all the coups in Turkey is America. But during July 15 — no!” I felt like the television startled me listening to millions of viewers. And after the second of my thesis they must be shocked: “This revolution America realized personally!.. FETÖ (a terrorist organization of Fethullah Gulen) is only a tool!..”

The thought I spent on all conferences, in which participated.

This fact was known by everyone who bears public responsibility, but to officially announce it was uncomfortable!.. Finally, recently announced about Putin, of course, having expressed diplomatically! “The CIA could not fail to be aware of the attempted coup of July 15!” he said, drawing attention to the activity of the aircraft stationed at the base in Incirlik!..

This statement is sufficient!.. This statesman, like Putin, who are the most productive years of his life spent in the KGB, understands this better than anyone.

The signal was given to the world!.. For those interested in the question of what to do now Cowboy, I will say the following: he will have nothing to do with this. While the Cowboy has that power and gang-related genes, it will continue to go on!..

We saw how cleverly the eyes of the world he made deals for billions of dollars with the Saudis and Qatar!.. Someone said something?