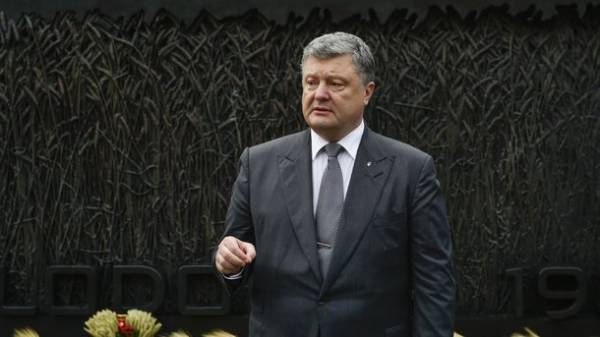 The President of Ukraine Petro Poroshenko hopes for the assistance of the President of the United States Donald trump in achieving peace in the Donbass.

“First of all, we discussed two sets of issues. The first is to achieve a large agreement on the world,” the President said in an interview with Fox News channel during his working visit to Washington.

According to him, unfortunately, the truce in the Donbas is not observed, however, the leadership of Ukraine still supports peaceful settlement of the situation in the Donbas.

“I am absolutely confident that President trump is a true leader, a very charismatic person, who can help me to bring peace to our Land just as Reagan brought victory in the cold war without firing a shot. I believe in it”, – said Poroshenko

The second question, he said that has been discussed are cooperation between Ukraine and the United States in the economic sphere.

“The second question is a big success story, because we talked about the effective cooperation between Ukraine and the United States in the economic sphere”, – said the President, noting that we are talking about cooperation in different spheres of economy, including energy and investment projects.