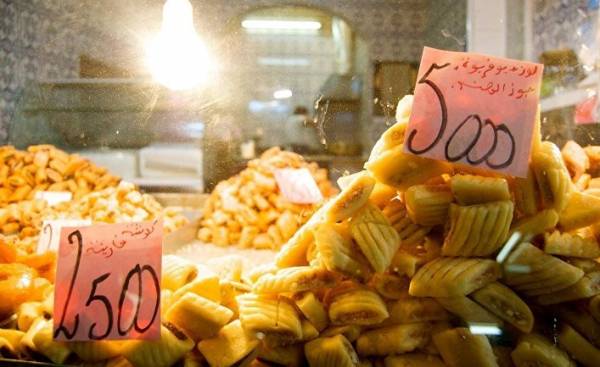 Tunisia during the Holy month of Ramadan is not only a great evening, customs and traditions, which for centuries passed from generation to generation, but also the drinks and dishes that adorn the table during the breaking of the fast. This Arab country is known for its sweet pastries, without which no cost, no one meal during this month. Its taste is impossible to forget.

During the Holy month of Ramadan among the people of Tunisia are preparing all kinds of sweets, while others are content to find in the markets, and all this to please the family during the evening meal. People lining up in front of the counters where they prepare “mahareeq” and “zalabia”, which is famous for the Beja in the North-West of the country. Tunisians say that the recipe of these sweets they got from the corps of Turkish soldiers who deserted from the Ottoman army and took refuge in the city of Beja. The corps commander was known for his hatred of bloodshed and war. His name was Sayyid Ali Buttah. So, the Turkish soldiers settled down in the Tunisian city, assimilated with the local population and shared with residents the recipe of these sweets. They are cut from dough, weave, attached to a round or rectangular shape, dip in boiling oil and fry until Golden brown. Then remove it, allow the oil to drain and dip into “suhur” (water, lemon, sugar). As for “mahareeq,” it is a round bun, made of margarine and dipped in honey, it can be of several types, for example, with the scent of roses. 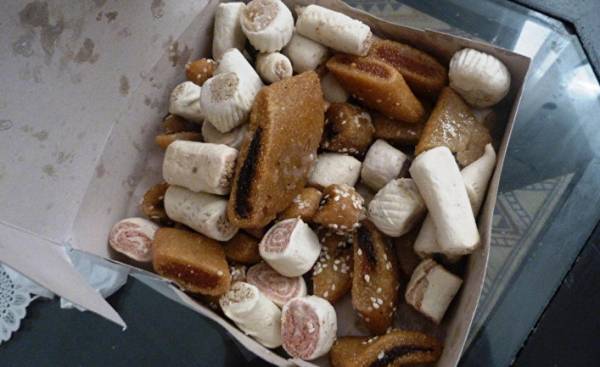 © flickr.com, Rusty Clark ~ 100K PhotosТрадиционные sweets in one of the stores in Tunis

Some residents of the city of Beja say that in a time when the country was ruled by the Ottoman Empire, in the seventeenth night of Ramadan, from their city were leaving columns of cars which were filled with dozens of kilograms of sweets “zalabia and mahareeq” to give them as a gift to the people of the capital of Tunisia.

At night in the month of Ramadan, Tunisians also love to drink green tea with pine nuts as well as coffee and there is “Gharib”. To prepare it, you mix the flour with sugar, baking powder, add the vegetable oil, margarine and vanilla. The resulting dough is cut into pieces and put into a mold and then baked. This dessert is decorated with roasted pistachios or almonds.

Also, this month can not be imagined without sweets called “macrod” which is the city of Kairouan, located in the center of the country. This Tunisian dessert for many centuries, but no one knows its history. Some believe that he has more than 13 centuries. “Makrut” is made of flour, dates and oil, just what was available in those days. 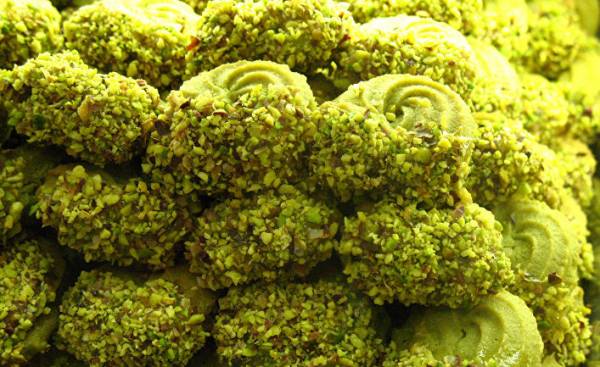 © flickr.com Alice HaroldТрадиционные sweets in one of the stores in Tunis

For the preparation of this dessert requires fine semolina, which in the local dialect called “Hamzat Yasi”. It is mixed with oil, preferably olive, and add to the mixture the sugar, flower water, cinnamon and plain water. To obtain the desired color, add turmeric and dates. You can also find “macroed” with almonds, pistachios and sesame seeds.

“Kayak al-Barak” is another dessert that Tunisians like to eat in the evenings during Ramadan. He is healthy and very nutritious, and as some say, has a very pleasant aroma.

It is known that the recipe for this baking brought by the Moriscos (the Muslim population of Andalusia), when they were exiled to North Africa, Tunisians have kept it. It is made from ground almonds mixed with flower extract “Nasri”, which grows in the city of Zaghouan 60 kilometers South of Tunis.

Along with “macroed”, “Gharib”, “mahareeq”, “zalabia”, “kayak al-waraqa,” among Tunisians is very popular dessert “asnan al-kada” (round-shaped), he also came from Andalusia, after some of its inhabitants were expelled to Tunisia in 1609. Its name translates as “ears judge.” It is prepared from a mixture of flour with eggs and oil, then the dough is kneaded and cut into pieces, each of which must have a cylindrical shape. They are then fried in oil, removed, allow the oil to drain and finally poured over the top with molasses.