Melzig Ola (Ola Melzig), production Director of Eurovision-2017, said that the organizational work on the competition moves with the proper rate of progress, despite the fact that six months lost.

Since 2000, the world expert Ola Melzig responsible for the production of annual final show of the Eurovision song contest. Melzig earned a stellar reputation in the global entertainment industry as a technical manufacturer of the largest, most complex and prestigious events like the opening ceremony of the Olympic games or Eurovision, which look in average of 200 million viewers in live.

With Jan Ola joined the work on the Eurovision 2017 as production Director and I am confident that the new team will provide a wonderful show. The new head of Eurovision looks like a rock star, wants to work with Rammstein and the Eurovision song contest in Russia recalls with the words “f…”. That’s what he said “Lima” in an exclusive interview.

— Following the recent online conference on the network people were discussing what the Institute looks like a rock star. We have heads usually dress conservatively…

No, I’m not a rock star, I’m just the Director of the production! (laughs) Yes, I know that you have made! Well, that’s our role, that’s show business.

— What does the Director of production?

— If to speak in General, my job is to manage events at big venues, live show in all possible aspects. I — something like the spider in the web that connects all aspects together and leads from the idea to its implementation: the artistic part, sound, lighting, video, special effects and all the technology and all the necessary people. I need to make sure that everyone knows their tasks and follow a plan. There are also things like budget and deadlines that affect our approach and the amount of time allotted for training.

— Very hard! We have to do so many things at the same time. Now we have a very large team, in which Ukrainians and foreigners. At this stage, we finalize all the documents: some of them are on tender procedures have already been published, and this week will be published a number of documents that are now in the process of translation. Our work is in full swing and full swing, as expected. A lot of hassle on the timing, but that’s okay. It’s Eurovision!

— You are not meeting the deadlines?

— No, we have all according to plan. It is no secret that we work in a very short time, but we are doing everything possible and bringing our processes. The situation is not fantastic, but not critical — it normal.. But of course, we work hard to ensure that it was fantastic.

— How many of you are already in Ukraine?

— To my great regret I have in this project were only in January. Usually work on the production should start in June. We lost six months.

— And why so late began preparations for Eurovision?

You’d have to ask the old team. I have with them was the meeting of the 15th of June. And every month they said to us: “next month we will begin”. I’m sure that was the reason for it. And then they all left…

— How did you fare with the time?

— Well. We will work very quickly! (laughs) the fact that over Eurovision we need to work strategically, there is already a pattern and chart, have been developed and tested over the years. For example, the Eurovision song contest in Sweden is being done? Imagine what it looks like Excel worksheet? And so it is usually planning we have Monday we do this, Tuesday is August is. The Swedes are very fond of planning and calculate each step a long time before. There are, of course, the other side: the Swedes are incredibly affordable and when they take any decision, this involved every member of the team. Even cleaner, I’m serious! (laughs). And therefore, in Sweden, the same work takes a lot of time and we must start early. Besides, when you’re doing long-term planning, you can not rush to decisions and to choose those that really work, as there is time to weigh, evaluate, and understand whether this idea or worth it to send it to the trash. Of course, this works not only in the case of Eurovision, and as a whole.

Now the problem is that any decision we make, pondered, and starts to turnover, then it is impossible to roll back, to go back and to change anything. We have no room for error! But we can do it with confidence, because the whole team has accumulated extensive experience in the Eurovision competition. So everything is fine, nothing to worry about! Practice shows that 95% of the decisions that we adopted in Ukraine effective and work great.

— Account of how the Eurovision song contest you already do?

— For me, this is the 13th contest. I worked here over the Eurovision song contest in 2005-m to year, and also over the contest in Turkey in 2004 when Ruslana won. And while I’m still 27 years is a miracle! (laughs).

— I would not say that the people themselves have changed. I always felt very welcome and safe in Kiev. The people here are open, welcoming, generous and friendly. But that has changed, Ukraine has become closer to the West over the years, and it suddenly became a problem (laughs). Many documents and procedures is now done in accordance with European regulations, and this process becomes more complex, as for example in the same Germany. I’m being sarcastic, of course. In General, these changes only plus, of course.

— What Eurovision was the most difficult for you?

— In Russia! With the Russians difficult to work with. Don’t know if I can talk about it… In Russia was really awful. You know, there is no respect for other people. We went there to do a show, and they treated us like…! We were just wondering: Hey guys, we are trying to save your… the country and make a normal show, can you at least feed us and give water? Everyone who was there the slightest authority to decide any questions and participating in so-called high society, behave arrogantly. My good friends did the Olympics in Sochi, they said exactly the same thing about the Russian.

— You are faced with the same attitude in Ukraine?

— Well, you! I see here, the Ukrainians, many from the Europeans, but at the same time, there’s a lot from Russian. But Ukrainians are more friendly and open people, it’s very nice. And it’s incredibly important for us, since we come with advice on international procedures to organise such a competition and our mission is to help and do everything together. We feel welcome, we are well accepted, we understand that we give everything that we did their work.

Unfortunately, it was not possible. It’s on Sunday? I’m in the plane. Frankly, I the first stage of the national selection was not looking, because now an awful lot of work, just do not breathe. Now I’m not TV!

— But you — people make the world a TV show is generally watch TV?

Yes, Apple TV has the ability to choose what to watch.

— What’s going on in your head an hour before the broadcast to 200 million viewers?

In 2000, when I did my first Eurovision song contest for me were, shook hands and was pouring cold sweat. And when we did the same in Oslo for an hour to air I drank in the sun and coffee together with my team, and at the appointed time we just went to our workplace and did it show. Of course, the excitement is always there, because when we are in the air, I there is little they can do if something goes wrong. At this point the whole process is in the hands of my team. But I’m usually calm and know that we are thoroughly prepared, including a plan B for any unforeseen situation.

— Is there any artist with whom you would like to work?

— I would like to do a show for Tina Turner, she’s a great actress. Another one of my favorite band Rammstein, so I would very much like to work with them. 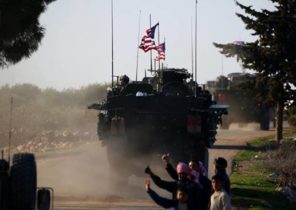