United Arab Emirates (UAE) became the third Arab country to sign an agreement with Israel after Jordan and Egypt, and the first country among the countries of the Persian Gulf…

This agreement, which trump announced on his page in social networks, was preceded by telephone conversations held between the Prime Minister of Israel Netanyahu, the UAE crown Prince Sheikh Mohammed bin Zayed and President of the United States. However, it is clear that this agreement has a certain background. After all, the UAE is used as a tool of the US and Israel for the implementation of their scenarios in the middle East. The information that the UAE have become almost a CIA base, were already in the public domain…

In a statement issued yesterday, August 13, it is reported that in force of this agreement Israel freezes plans for the annexation of 30% of the West Bank of the Jordan river. Please note, not cancel… It’s just a cover for the transfer of these plans!

Israel has had to postpone the process of annexation, which he was going to have in July, for several reasons. First of all the epidemic, the unemployment rate exceeded 20%, still missing the support of the opposition in the country and, finally, a solution to son-in-law of the President of trump Kushner “let’s freeze plan for more national and international support”. The likely victory of the democratic candidate Biden on presidential elections in the United States is another important reason, which is bothering Netanyahu administration.

Another dimension of the issue lies in the fact that the efforts for the annexation after the US elections can be questioned. Even trump rivals Biden in the polls 6-8%, not taking steps in this question he could make a lever of influence on his electorate. The fact that American voters the topic of the annexation is quite low in the ranking. Same situation in Israel. Only 4% of survey participants, conducted by TV channel “Channel 12” (Kanal 12), the question “What is the most important task of the government?” answer: “Annexation”. The first item on the agenda of the Israeli people (in favor of it voted 69%) — the epidemic of the coronavirus.

In other words, postponing implementation of the decision on annexation is not the success of the UAE, but part of tactical changes. Therefore, after the UAE urged other Arab countries: “Look, this annexation delayed because of us, join us”. In this way I wish to expand the international space, where to find support trump’s plan for Palestine. “In fact, UAE was rewarded for his lack of position on the annexation,” — writes in social networks Palestinian politician Hanan Ashrawi (Hanan Ashrawi).

The statement of agreement also it is a refraction problem from the point of view of Turkey. So, it is noted that the two countries in the coming days at the level of delegations will sign agreements in many areas in accordance with the principle of mutual benefit, and stressed a common position on threats and opportunities in the region.

Israel, agreed to support Greece… the UAE are positioning themselves on his side, render all possible support to illegal structures in Libya and due to this, trying to strengthen the anti-Turkish block in the Persian Gulf. In addition, the interaction of Turkey with the Islamic world in the context of the annexation that will occur, also it remains unnoticed by them.

So be careful! Turkey willing to take in a pincer movement to more extensive space!

Soda joint pain: how to treat, recipes and techniques 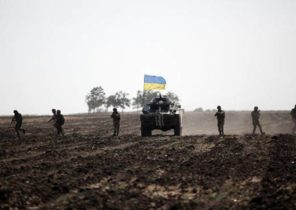