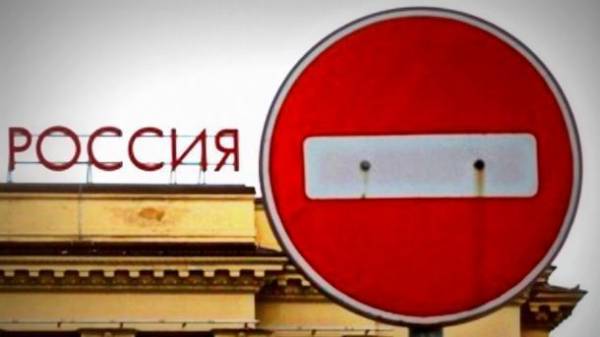 Moscow is beginning to study the response to the new package of US sanctions against Russia. This was stated by the Deputy Minister of foreign Affairs of Russia Sergey Ryabkov.

“We condemn such an irresponsible approach to relations with Russia and in terms of the Washington mirror, where our logic and our arguments are just ignored, we begin to study our possible response,” the diplomat said.

Ryabkov added that expanding sanctions against Russia, the US contrary to its own declared objectives. “We said from the very beginning of the Washington’s destructive extremely destructive policy of sanctions against Russia, to our physical and legal entities, which required US of the effect they will not give and can not give” — said the diplomat.

“Moscow repeatedly at different levels emphasized that to judge the policy of the US administration towards Russia, we will in its actions, not rhetoric. Not for some signals, the hints, some semi-formal impulses, but strictly on business. That’s the case speak for themselves,” — said the Deputy Minister.

Earlier, on 20 June it became known about the introduction of a new package of anti-Russian sanctions. Black lists added 38 points — 19 of 19 names and names of organizations involved in “Russia’s actions in Ukraine.”Including the company “Concord catering” and “Concord management and consulting” controlled restaurateur Yevgeny Prigozhin, who is under sanctions from 2016. In addition, restrictions apply to some officials of the Crimea and the breakaway republics of Donbass, and also to people associated with the club of bikers “Night wolves”.