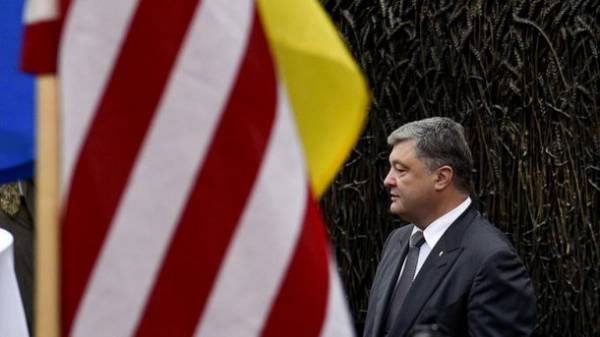 President of Ukraine Petro Poroshenko said that the country has strong bipartisan support in the U.S. Congress, and also noted the priority of his meeting with the American leader Donald trump to the President of the Russian Federation Vladimir Putin. He said this during his visit to the United States, the press service of the head of state.

“Look how powerful and fantastic support now we have in the United States. I arrived today with the first visit after the presidential election (U.S. presidential elections – ed.). And we have a fantastic program. It is very important that my appointment as the Ukrainian President in the White house before the meeting of Putin”, – said Poroshenko.

He also noted that Ukraine has strong support in American politics, evidence of which was the decision of the U.S. Senate to impose new sanctions against Russia. According to him, these measures can force Russia to withdraw from Ukraine and to withdraw their troops.

The Ukrainian head of state also noted that during his working visit is planned to a very large number of meetings.