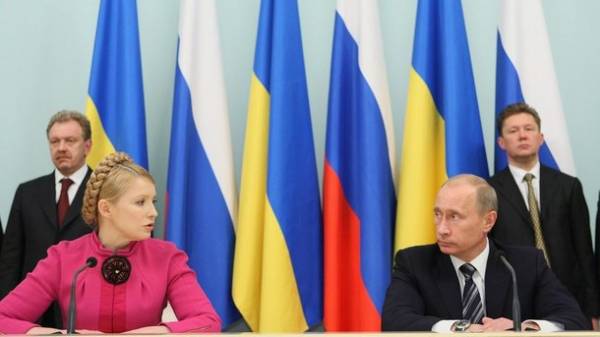 The verdict of the Stockholm arbitration on the contract of purchase and sale of gas between “Gazprom” and “Naftogaz” became a victory of Ukraine. First, the court abolished the bonded condition “take or pay”, which we had to pay 52 billion cubic meters annually, regardless of the actual supply. Second, the court fully lifted the ban of re-export of Russian gas. And thirdly, “Gazprom” to revise the formula for calculating the price, but with 2014 and not as required “Naftogaz of Ukraine” from 20 may 2011 to October 2015. Russian media were quick to say that in this case, Gazprom will demand that Naftogaz payment for gas deliveries in 2013. Experts note that we’re talking about $500 million But not the fact that arbitration will be on the side of Russia, so it is premature panic is not necessary. After all, Ukraine is still waiting for financial explanations for the Stockholm Themis contract of sale: the amount of compensation “Gazprom” put “Naftogaz” gas until 2015 at an inflated price, as well as fair prices for Ukraine for Russian gas. Perfect for us the cost is the price of a European transport hub minus. But if Russia refused to pay Ukraine compensation lawyers are advised to seek the seizure of assets of “Gazprom” abroad.

“Naftogaz” and “Gazprom” has filed a counterclaim in the Stockholm arbitration in the summer of 2014. Earlier “Today”, wrote that on the claim of “Naftogaz”, which concerns the contract of sale and purchase of gas from 2009, we demand:

– the abolition of the enslaving principle “take or pay”, according to which Ukraine annually must buy from “Gazprom” for 52 billion cubic meters of gas, or to pay its value, regardless of the actual needs (that is, the counter claim of “Gazprom” for nearly $50 billion for allegedly nedoplachennie contract volumes are automatically released);

– the abolition of the ban of re-export Russian gas;

– revision of prices for Russian gas: change the formula, oil-linked (when the price of gas is tied to a basket of oil products) on hub-linked (European hub price minus transportation);

The Stockholm arbitration court in its decision of 31 may, in fact, satisfied the claim of “Naftogaz” in full only in the first two paragraphs. “Their position on key issues was this: 1) the condition “take or pay” (the lion’s share of the financial requirements of “Gazprom”) abolished completely; 2) prohibition of re-export is canceled completely; and 3) a revised price formula 2014 – European hub. This unequivocal victory. European integration in force,” – said in Facebook, the Deputy head of the Ukrainian Ministry of foreign Affairs Elena zerkal.

Now Ukraine needs to wait for the so-called solution-explanations of arbitration on the disputed financial issues. First, the court must determine a fair for Ukraine the price of Russian gas. The most acceptable formula for calculating the price of a European transport hub minus.

“There are three optimal hub in Europe. For Ukraine the most acceptable is the Austrian hub. Take there price and to take away transportation,” – said the “Today” ex-Commissioner of the President of Ukraine on international energy security issues Bohdan Sokolovskyi.

Lawyers warn that the Stockholm arbitration court may also declare “fair” for Ukraine the price of Russian gas, “European hub plus transportation”. But the fact that the amount will be much less a fact.

Second, we expect the decision of the Stockholm arbitration on the payment of “Gazprom” amount that “Naftogaz” has paid for delivered before 2015, the gas. Initially, Naftogaz demanded the revision of the Russian gas price from 20 may 2011 to October 2015. But the Stockholm arbitration court decided to revise the price only starting from 2014. The Russian “Kommersant” citing its sources have already reported that Gazprom will demand that Naftogaz pay about $550 million for gas supplied in November-December 2013. Then, we recall, even with the $100 discount, Ukraine paid quite an inflated price, which signed in December 2013 an additional agreement was reduced to $268 per thousand cubic meters.

“The Russians have in mind for the delivered in November-December 2013 gas Ukraine has paid for the price of $268. This price is laid down in the signed in December 2013 the additional agreement to the contract of sale from 2009. But the contract was signed on 17 December, and before that, in fact, had a different price ($410 per thousand cubic meters excluding the $100 discounts – Ed.). Stockholm arbitration attempts to balance the positions of the parties. Honestly I don’t see the logic in having to revise prices only from 2014. Because the price of the spot areas was lower than what we pay to “Gazprom”. So you need to wait for the final summary of the Stockholm arbitration”, – said the “Today” head of the Supervisory Board of the Institute of energy strategies Yuri Korolchuk.

But a quick solution to the international Themis for the two disputed financial issues should be expected. “With regard to the decision of the court disputes on price (what price of Russian gas for Ukraine is a European market – Ed.) I don’t expect that until the end of June it will be. As the decision on the amount that Gazprom must pay Ukraine as payment for gas supplies at a higher price. But even if the decision to return the overpayment for gas amount will be accepted, this does not mean that “Gazprom” will return the money. As we can see in the YUKOS case, the Russian side is never in a hurry to comply with international decisions, as it has some legislation that limits it,” said Today the Director of energy programs of Razumkov Center Volodymyr Omelchenko.

The decision of the Stockholm arbitration on transit contract, we expect by the end of June. Naftogaz requires to compensate for underpayment for the transit of Russian gas through the territory of Ukraine is about $12 billion According to the commercial Director of “Naftogaz of Ukraine” Yuriy Vitrenko, according to the terms of the contract, the Ukrainian side also had the right to revise the transit rates than the “Naftogaz” and used: from January 2016, it has increased from $2.7 for the transportation of thousand cubic meters to $4.5. Besides, according to the President of the Center for global studies “Strategy XXI” in the contract “Gazprom” noted that will to transit at least 110 billion cubic meters of gas a year, and never once this contract the obligation is not fulfilled, moreover, has reduced the volume of transit by more than half.

Lawyers predict that under the transit contract to the Stockholm arbitration may be on the side of Ukraine. But expect that “Gazprom” will fulfill all the requirements of the international Themis, especially compensates for all the financial requirements of “Naftogaz” is not necessary. In this case, Ukraine should seek the seizure of assets of “Gazprom” abroad. “But enough of them. This may be the same gas of “Gazprom”, which goes through the territory of Ukraine”, – said the “Today” managing partner of law firm “Avellum LF” Mykola Stetsenko.