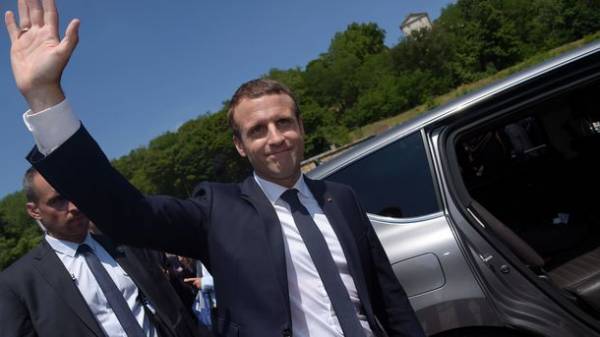 This is evidenced by the exit poll conducted by pollsters Ipsos/Sopra Steria, which were presented in live TV channel France24.

According to the survey, the party of the President of France “the Republic!” and its ally, the party “Democratic movement” – needs to 355 seats out of 577 in the lower house of Parliament.

In second place – the conservative party “the Republicans” and its allies from party “the Union of Democrats and independent”, which will have 125 seats.

However, the socialist party of former President françois Hollande, who participated in the elections in Alliance with the Radical party of the left, will get 49 seats.

The French Communist party will have 30 seats, and the right party “national front”, which is marine Le Pen, has 8 mandates.

Other participants of the election race will take 10 seats in the National Assembly.

In General, it is projected that the elections had not participated 56.6% of voters.