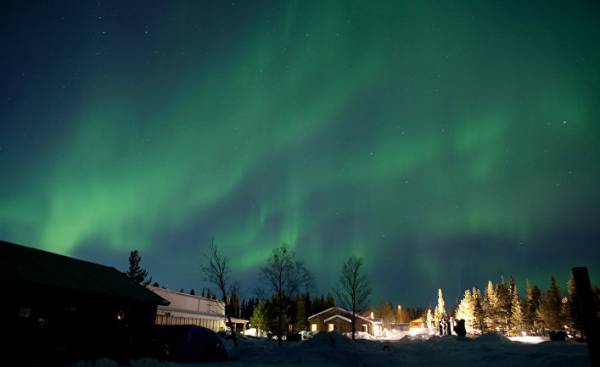 The threat to Gotland for several years is discussed primarily in the Swedish debate on issues of defence.

But in one of the recently developed reports, the experts talk about a different threat, invisible in the shadow of Gotland.

This is a Russian invasion of the North of Sweden.

“It is not necessary even rising tension in the close neighbourhood. That’s what makes this scenario particularly unpleasant,” says former major General Karlis Neretnieks (Karlis Neretnieks).

Before sunrise the sky over Kiruna covered with parachutes. Helicopter blades cracking in the night. Important roads and bridges in Northern Sweden land Russian soldiers. A cargo plane landed at the airport in Kiruna, and it begins to unload the system of air defense.

At the same time the earth trembles under the Russian tanks crossing the Finnish border. Four Russian teams — 25 thousand people — take a course in Norrbotten. They can get there in just a few days, and Sweden have nothing to oppose them.

Not in the opinion of a group of military experts and researchers, who in a recent report, the Royal military Academy warned about such a scenario.

“The threat to Northern Finland and Northern Sweden actually is not less than that which we are discussing in relation to the South of Sweden,” says Karlis Neretnieks (Karlis Neretnieks), a former major-General, rector of the Institute of defense and editor of this study.

In the shadow of Gotland

For many years the debate on defense revolved around one single place on the map of Gotland.

During the government investigation into the Swedish cooperation projects in the field of defense and security policies separately affect only one threat to Sweden is an attack on Gotland during a larger conflict in the Baltic States.

The strategic importance of the island was emphasized by both the government and the American generals and military experts.

In September 2016 150 soldiers were on a permanent basis, located on Gotland.

“Basically we are talking about the actions of Russian”, — explained the commander in chief Michael Baden (Micael Bydén).

But according to Karlis Neretnieks, Norrbotten similarly vulnerable, like Gotland. If Russia wants to extend the zone of security around their bases on the Kola Peninsula, it will directly threaten Sweden.

Protection of database is important for two reasons:

1) There are Russian strategic submarines, equipped with nuclear weapons. They provide Russia the opportunity for a second strike — a guarantee that the enemy will never be able to knock out all Russian nuclear weapons in one attack.

“With the help of submarines is achieved by the nuclear balance. This is a major strategic interest of Russia,” says Karlis Neretnieks.

2) Those of NATO units in Europe, not enough to fight off the Russian attack on the Baltic States. They need reinforcements from over the Atlantic and Russian submarines and planes that can reinforcement to prevent it, are just on the Kola Peninsula.

“If Russia itself will begin to prepare an attack on the Baltic States, or she has fears of war in Europe, she would want to protect these resources,” explains Karlis Neretnieks.

In this case, Russia may want to move air defence in Northern Sweden, for example, in the area of Kiruna.

“Then they would be able to extend the zone of security around Murmansk by 500-600 kilometers. Plus, as a bonus, they will be able to reach out to aviation and Maritime NATO bases in Northern Norway. If ahead loomed a real crisis, Russians have a serious interest to move their systems in North Calott.

The effect of asianparade NATO bases on the Kola Peninsula then fell sharply.

“Fly 500-600 miles on the area where you all the time can bring down, is very, very difficult,” says Karlis Neretnieks.

How will the attack

Russian troops parachute around Kiruna and ensure the safety of the landing site. Then flew transport planes with ground-based air defense systems, they are unloaded and grouped together.

Other Russian soldiers arrive by helicopter to Finland and Sweden, to ensure the safety of bridges and roads. Simultaneously three or four of the Russian brigade crossed Finnish border.

The goals of the ground offensive of the two: partly to open the way of maintenance to Kiruna, and partly to deliver heavy weapons, which will defend the region.

“There is a risk that NATO will try to intervene in Kiruna. In Northern Norway based replacement brigade of naval infantry. The Americans can use it as a tool to bring the Russian system on Swedish ground down,” says Karlis Neretnieks.

How long will it take the Russians to cross Finland, depends on how unexpected is the attack. If they manage to capture Finland by surprise, they will be able to get to Sweden within 4-5 days.

If the Finns manage to mobilize, they will be able to delay the attack for weeks.

“Everything can be pretty tough. Finland has a lot of ground forces, and they are good. They have the potential to slow down the Russian invasion. We are very dependent of Finland. We have virtually nothing to produce,” says Karlis Neretnieks. 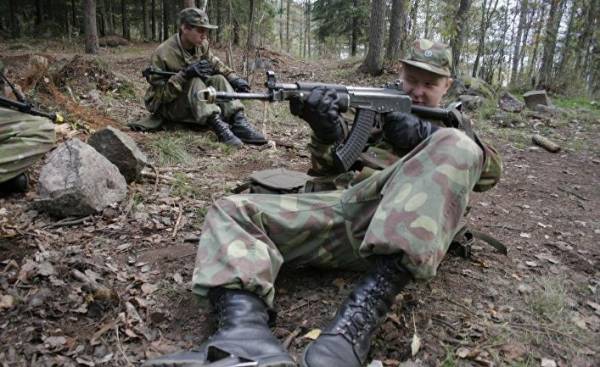 In Sweden there is only one ground in Norrland regiment, I19 in Budene that in case of war, could provide one Jaeger and two mechanized battalion with tanks and armored personnel carriers.

The combined Swedish artillery in Budene too, but guns only 24 pieces.

The whole Norrland is less than 1.2 thousand regular soldiers and officers. The rest need to mobilize, and we all know that the defense Department — problems with shortage of staff.

Possible reinforcements from southern Sweden also would not give much effect, according to Karlis Neretnieks.

“The Swedish army is very small, there are only 13-14 thousand people. Very few people can do it. And it will take a very long time. When they arrive on the scene, the war is almost over.”

It can begin due to other conflicts

The threat to Gotland is always considered in the context of a larger conflict in the Baltic States. The war in Northern Sweden, however, is not necessarily going to be the cause of tension in neighboring regions, it can run geopolitical changes anywhere in the world, says Karlis Neretnieks.

“It is especially frustrating. Conflict could erupt if Russia feel that its capabilities for a second strike threatens US. It can begin, if they have a lack of understanding regarding the intentions of the other in connection with any other conflict in the middle East or Black sea region”.

Peter Mattsson (Peter Mattsson), a specialist on Russia at the Institute of defense, believes that North Calott in fact it is important for Russia than the Baltic sea.

“The Baltic sea is possible in practice to block, and it would be difficult to get out. But from Murmansk you can go out into the Atlantic. They placed many troops and established operational strategic command. Obviously, they are betting on the direction of the North,” says Peter Mattsson.

“We need to move quite far air defense if they want to defend themselves”.

However, he did not believe the Russian invasion of the nearest future.

“Russian troops are now in the process of growth, but their number is still too small. If you want to succeed, you need to have a superiority of four to one or at least three to one, Russia is now such forces is not conducive,” says Peter Mattsson.

Now Russia, according to the report of the Institute of total defence (FOI), on the Kola Peninsula is a naval infantry brigade and two infantry brigades. However, they lacked support, e.g. artillery, so they’re apparently not ready for offensive operations in the near future. 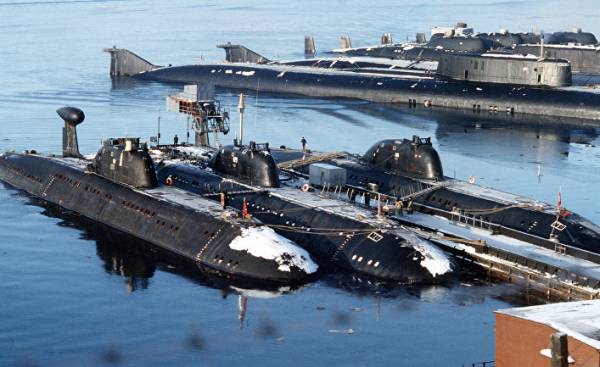 “At present we need the element of surprise and luck, but now there is a heavy build-up of forces. In the next few years there will be more resources. We may have time to do something, but right now we ignore the Northern Norrland, and it is dangerous,” says Karlis Neretnieks.

In the case of possible Russian-Baltic conflict, Sweden will be drawn into fighting at an early stage. This was the investigator of the government Bringeus Krister (Krister Bringéus) in his report “security in the new era” (Säkerhet i ny tid) in September 2016. Before the attack on the Baltic States, Russia will probably want to host your own defense on Gotland, to complicate NATO’s actions.

14 September 2016 Supreme commander ordered 150 soldiers from P4 in skövde, which participated in the exercise on Gotland, to remain and be a permanent military presence on the island.

“Basically, it comes to Russian actions. The annexation of Crimea and subsequent events in Ukraine. Russia, which continues military reform and is investing a lot of money, has shown that it is prepared to use military force to achieve their goals,” said the Supreme commander Michael Baden.

Regular battle group should arrive at Gotland 1 July 2017 — sooner than originally planned when it was on 1 January 2018.

Information about the growing threat from Russia has led to the fact that Sweden once again has a permanent defense on Gotland, as the newspaper Dagens Nyheter.

According to the report of the Center for European policy analysis (Cepa) “the gathering storm”, Russia in 2015 the exercise was conducted under the scenario of capture of Gotland, Öland and Bornholm forces in 33 thousand soldiers. 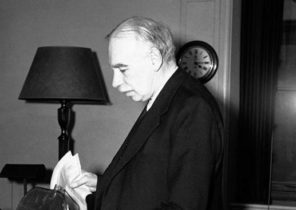 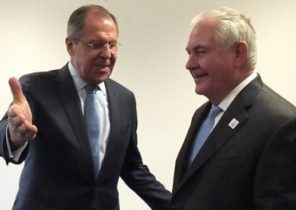