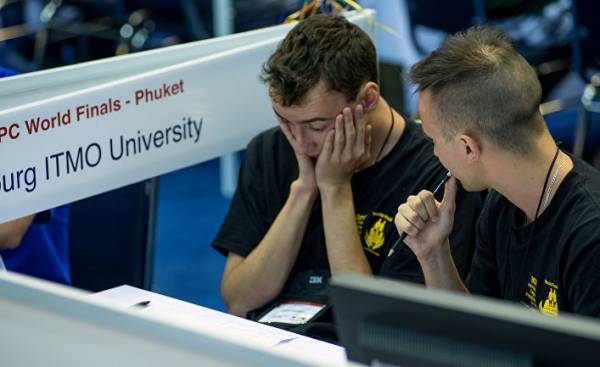 When Alexander Iverson (Iverson Alexander) was in the first or second grade, he learned about the subtraction and the order of actions. He almost always gave correct answers in class and in homework, but the teacher invariably corrected it and put bad marks.

Why? Because of its calculation method — and he essentially invented the concept of negative numbers (it is a class they have not passed), and then changed the order of math operations, adjusting it under your method was at odds with the teaching instructions.

Today, 20-year-old Iverson is an undergraduate at the school of mining and technology University of South Dakota. He’s a rising star, recently took part in University Olympiad of computer programming. Last week, Iverson gave an interview on the phone and told about his impressions of the competition.

“It was horrible, he said. — In fact I invented a branch of mathematics that helps to solve problems better than we have been taught, and for me these improvements would be punished”.

These memories, according to Iverson, do not go to his head being a Prime example of the problems of teaching mathematics and computer Sciences in America. These problems were never visible on may 24, when in South Dakota in rapid city hosted the finals of the 41st International University competition in programming.

That day, almost 400 the world’s best young programmers from 44 countries, consisting of 133 teams of three people each from nine in the morning until two in the afternoon competed in the 12 decision tasks in computer programming. Every team had already passed the regional competitions, which were attended by 46 381 student from 530 different regions in 103 countries.

About five o’clock in the evening announced the results.

First place went to the Russian team from St. Petersburg national research University of information technologies, mechanics and optics, which is faster all solved 10 problems. According to organizers and coaches, ordinary students, computer geeks on the solution to only one such task takes a whole semester. It was the fourth victory of Russian universities in 2012.

Four teams from the Warsaw University, Seoul national University, Saint Petersburg state University and Moscow Institute of physics and technology has also solved 10 problems. In General, the teams from Russia and China won nine of the 14 highest places. For comparison, the University of Central Florida took 13th place, solving seven problems, and the Massachusetts Institute of technology came in the twentieth, having solved six tasks. Above this bar the American graduate school jump are unable.

Iverson and his teammates from the School of mining and technology University of South Dakota, has received an encouragement award for the correct answer (in this school fewer than 3 000 people) were not surprised with these results.

“We in the US think about it enough,’ said Iverson. — The unit of measure is money, and we think more about how to put people in jail, than about how to teach them”.

Iverson said that he is making progress in the field of knowledge in which other American students is weak, mainly due to the self-employment outside the University.

“Basically, I did myself,” said Iverson about his early years of study.

20-year-old Matthew Hollenkamp (Matthew Schallenkamp) — another rising star school of mining and technology University of South Dakota in computer science and fellow of Iverson team. According to him, the first time he started computer programming when he stumbled in his high school library in South Dakota for a tutorial on the digital recording information. “We were not the best classes in computer science, he said. Just our math teacher volunteered to teach them.”

Both students believe that the main reason for the success of Russian and Chinese simple: they begin to learn concepts of computer programming and get a General idea about it much earlier than the Americans.

Larry Pagett (Larry Pyeatt) — associate Professor teaching mathematics and computer science in the School of mines and technology University of South Dakota and preparing the team your institution to competition. He said that it was not always so.

“Many of these programs were cut due to lack of funding, but in the 80-ies we have over two years teaching computer programming at school. And when I went to College, it gave me a huge advantage, said Pagett runners-up in 1989, third place in the finals of the international competition in computer programming, speaking for the team of Texas tech University. Today these classes is available in very few schools.”

This year, Piett with Sulenkama and another five students went to Russia for training on preparation for competition. The difference in the teaching of the exact Sciences he was very clear.

“By that time, as the students in Russia leave school they are already trained in the basics of mathematical analysis and programming, said Pagett. To prepare for the study of the exact Sciences in high school, they begin about four years before. Until recently every schoolchild in Russia had to learn calculus in order to obtain the diploma of higher education, and so he paid mathematics and other exact Sciences much more attention than our schools”.

Now in media there are new stories about Russian hackers and the Russian state interference in foreign elections. Executive Director of the International University competition in programming William Boucher (William Poucher) said that the search in the databases of the opponents is not give grounds to speak about what the former contestants are related to hacking activities.

“I never find their names, he said. — Our students are here to create tools that really protect against people exploiting the shortcomings and existing problems. And the problem with hackers is that they’re not doing anything worthwhile, and it’s very wrong.”

Boucheron agree with his Deputy Jeff Donahue (Jeff Donahoo). “The key to the future is possible. And how we create these opportunities for people, so they did something and created, but not destroyed, gives us strength as a society.”

Turning to the issue of improving education, Poucher said that the answer here is simple. “All you have to do is invest a little more investment, he said. — Anyone who says that the problem is not money… he’s just disingenuous. The most important is to invest in education. To invest in children. Invest in parents.”

According to Iverson, education is like a burning hot pan for politicians. They touch it, get burned, and then more to her touch. In his view, changes in principles and approaches to teaching can give positive results in the moment when one can hardly expect to increase investment.

“We have weak incentives, and they encourage teachers and schools to optimize learning. Everything goes by the book: teachers teach in the old way, and the students likewise acquire knowledge and skills,” said Iverson, explaining how standardized tests dictate curriculum content and define successful schools, teachers and students.

Recalling his first encounter with the American system of teaching mathematics, Iverson said he learned one very important lesson, though not one that he wanted to teach the teacher.

“We strongly discourage to learning, for independent study, to search for interesting ways to study, to understanding how to use it more efficiently and effectively to put into practice, he said. — I think if more of us were encouraged and cheered a bit more rewarded, the students would have liked to learn.” 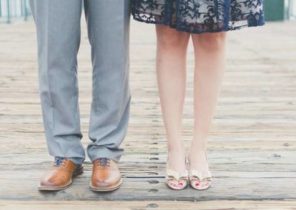 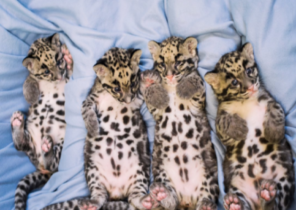 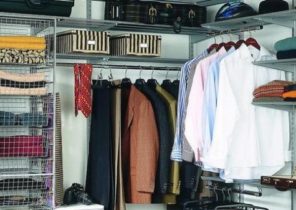 How to equip a dressing room in his apartment