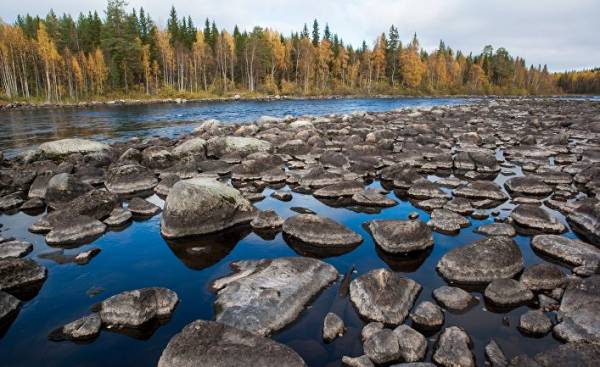 The founder of the Finnish Fund kurkieki (Kurkijoki-Säätiö) Rouhiainen Timo (Timo Rouhiainen) participated in the may trip to Russian Karelia, during which the Finns have traditionally led the old Finnish graves in the villages of kurkieki and Elisenvaara.

The trip was successful and have been prepared in advance in accordance with the agreements with local officials. Rouhiainen even could not imagine what the noise because it will rise later.

Rouhiainen even thought that small gifts have fallen to the locals to taste. As a gift it was decided to transfer the residents of a small booklet with photos, published at the expense of the Fund. This booklet is telling about the pre-war history of the village of kurkieki and its surroundings, was translated into Russian from Finnish.

“I couldn’t even imagine what those albums would be a bad idea. We distributed them to local officials and leaders as well as teachers and children, whom we invited to put in order the grave,” said Rouhiainen Ilta-Sanomat.

Only 40 were printed brochures, and during the trip were distributed to 32 of the instance. Something given its something — Russian. The children and teachers were invited to volunteer in advance, after it became clear that in kurkieki now teaching Finnish. Saturday is a great way to ensure that children could practice the language.

Rouhiainen was surprised by the plot of the TV channel “Russia-1” in which the Fund kurkieki dubbed “educational quotes in mission” and said that the Finns are distorting history. Russian TV channel was considered doubtful that the “educational work” with children conducted without parental consent.

According to Russian television, in brochures that are handed out to the Finnish guests, the USSR is presented as the aggressor and claimed that some of the land in the Lahdenpohja district was “seized” of the Finns. According to local historian, whose journalists interviewed for the story, these territories are not annexed, “they have returned, as the Crimea”.

About the Winter war and the role of the Soviet Union as the aggressor, Russian TV channel doesn’t say a word. Instead, it is emphasized that Finland was an ally of Germany, so the Soviet Union had to answer to Finland, when Germany began the bombing of Leningrad, using the supplied country Finnish airports.

According to Rouhiainen, the text in the albums correspond to the Finnish view on historical events. In addition, the text has been previously edited in the most neutral form. Then the booklet was transferred to Finland on Russian language.

“In past years, local often asked us about the Finnish history of these places, and we thought that this book could be the best gift for the help on clean-up than, for example, some t-shirt or cap,” said Rouhiainen.

According to Rouhiainen, locals often wondered why the Finns are coming to fix up the old graves. This time the idea of the visit was a joint tidying up the graves of Finnish and Russian.

“For the first time at the same time, when we brought up the old Finnish graves, the Russians brought in their graves. We have the impression that everyone was happy with the overall case and our gift,” says Rouhiainen.

“Really sorry that our idea was presented by the Russian television in that light. We in any case did not pursue such a goal”.

What is written in the brochure, for example, the wars between Finland and the USSR, that caused Russian channel so nervous?

When comparing the original Finnish text and the translated text was seen minor differences. However, according to the Finnish side, still hard to imagine that such a text could cause a big scandal.

This is what is written in the Russian-language brochure:

“On 30 November 1939 the Soviet Union began the attack on Finland. Ensued the so-called Winter war, which lasted 105 days, causing damage to both warring parties. Finland retained its independence, but lost a large number of areas, including kurkieki. After a brief period of peace, Germany invaded the Soviet Union in June 1941. The Soviet Union found Finland an ally of Germany, in connection with which there had been a number of attacks on Finland since June 25, 1941. Finland responded with force. Peace came only three years later. Again Finland was forced to cede territory, once conquered, including kurkieki. Since kurkieki belonged to the Soviet Union, and later became part of the Russian Federation”.