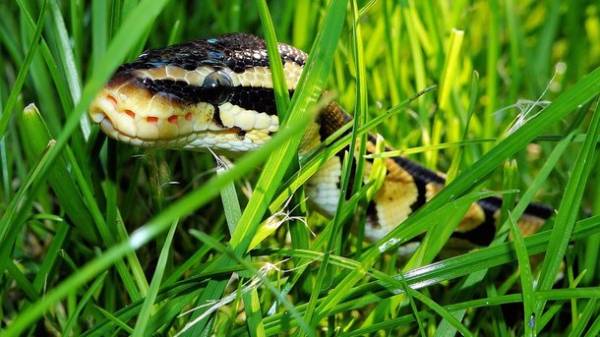 A resident of Australia found near his home a large amethystine Python swallowing a kangaroo. This publication reports The Cairns Post.

According to Rini, Stenvinkel living near Cairns, Queensland, five-meter reptile was lying near her front door.

The woman claims that the expert in catching snakes, which she called, didn’t believe her story until he saw the reptile with my own eyes.

“He said that such a snake is able to swallow six year old child,” said Stenvinkel.

Trapper wrote in Facebook that the weight of the reptile along with the prey is swallowed has reached about 40 pounds.

To cope with a Python of this size, he needed the help of a friend. Together, they put a giant reptile in the trunk, drove to a nearby river and released into the wild.

Amethystine Python — the largest snake in Australia. The average length is 3.5 meters, however, the known instances of up to 8.5 meters in length. Large individuals prey on kangaroos and often attack cats and dogs, so the people of Queensland are trying to keep Pets in cages.