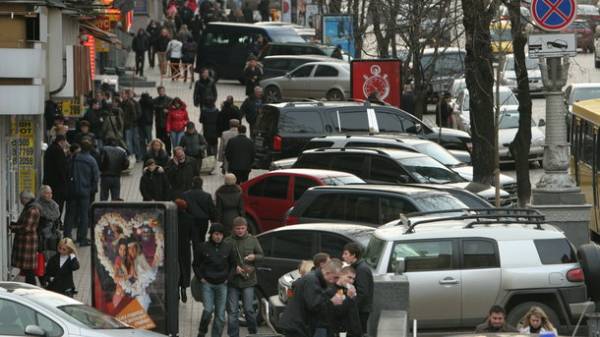 In Ukraine fined for Parking in the wrong place to be a police officer and Parking inspector. Such a bill adopted by the Verkhovna Rada in the first reading. Violators of Parking regulations and paying to be punished in absentia. The website “Today” has learned that MPs are prepared to motorists and how to avoid penalties.

As will be fined

In Ukraine, cannot be fined the driver who parked the car in the wrong place, without his knowledge. For this reason, across the country in 2015 was fined only 257 people. Although Ukrainian drivers everywhere leave their cars on the sidewalks or lanes of the roadway.

On the bill No. 6354 police will be enough to take a picture of the offender’s car and write the penalty charge notice on the windscreen. In addition to the police fine you can and inspectors of the Parking lot. The draft law explained, to draw the fine will be enough to take a picture of the car from two angles, the photo needs to display the time and GPS data. After the Parking inspector makes a request in the Single state register of vehicles of the owner of the car and makes its data a decision of an administrative offense. In the message for the driver will be the cause of the penalty and the link to the site. This website will be detailed information about the violation and payment of a fine. It is worth noting that the authors of the bill propose to introduce a 50% discount if the driver pays the fine within 10 days. If you do not pay in 10 days, then the message will send to your home address. If the driver will ignore a penalty of 30 days – the amount is doubled. 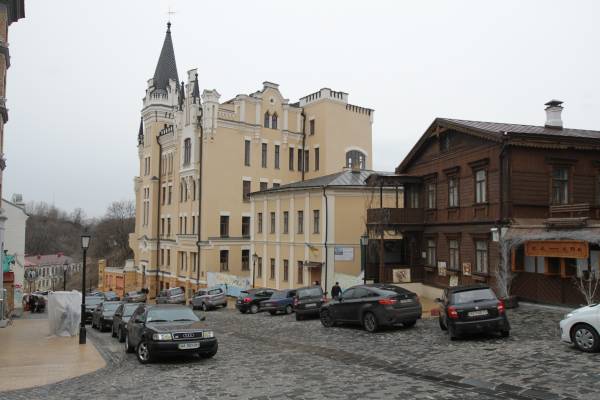 “The draft law on Parking reform No. 5364 solve several key problems in this area. First, it will allow unfair to punish the drivers who break the Parking rules. The procedure in prosecution for Parking violations is untenable. Second, it will automate the administration of penalties, making meaningless the driver contact with the inspector – the computer cannot be bargained with, the electronic system is arranged. Thirdly, the mechanism of prosecution of offenders is based on data photo and video recording of a special device to determine a violation or not, is not a person but an electronic device. This significantly reduces corruption risks in the process,” says bill Mikhail Serebryakov, expert of the Reanimation package of reforms for Kiev.

Also, the deputies pointed out, when the owner of the car can be fined: if the license plates or the car is stolen. If the vehicle driven by another person, the owner of a car must prove it. Then pay a fine the actual driver.

Besides, if the car will interfere with the fare inspector can evacuate the car on a specialplatform. The driver will be notified via email or SMS. Return the car only after paying a fine and cost of evacuation of the car.

Where to Park drivers

“In Kiev, a sign “stop prohibited” hanging everywhere in the case and without a case. And almost always underneath parked cars. But this does not mean that we drivers are bad and rude. Actually they were in such conditions”, – said Dmitry Bespalov, a member of the Council for urban planning of the Kiev city hall and lecturer at Kiev University of construction and architecture.

According to “Kyivtransparkservice” in Kiev about 24 thousand Parking spaces. While in the capital, commuting 600 thousand cars, said the expert. It turns out that 96% of motorists risk being fined. According to Dmitry Bespalov, starting in the cities should conduct an inventory of Parking spaces and revise prohibited to stop.

Mikhail Serebryakov notes that despite the congestion of urban roads, many paid Parking lots are empty. The bill, ultimately, will encourage drivers to Park properly or leave cars out of city centres, transplanting on public transport, unloading, thus, the roads from congestion.

“Therefore, bill No. 5364 runs the normalization of the Parking areas. I hope it will be supported by the deputies as soon as possible and “unspoiled” form. Otherwise, large cities will continue to choke in traffic jams,” – said the expert. 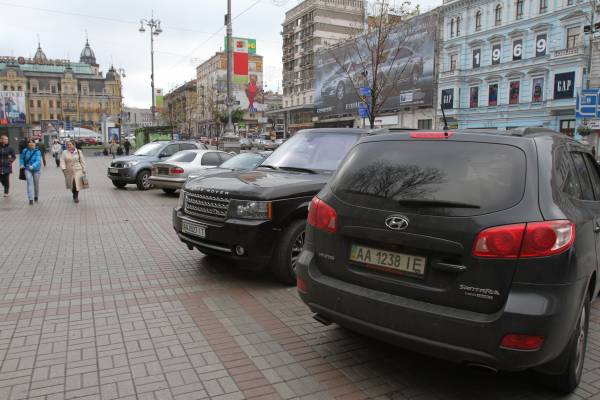 “Got a double situation. On the one hand, it’s great – until that time the police could not fine the illegally parked car without its owner. This bill is the stick. But before to apply it, should at least clearly explain the rules of the game, to make an inventory of Parking spaces and demand”, adds Dmitry Bespalov.

If the ratio of supply and demand for Parking will be catastrophic, then you need to look for ways to destimulate car use. This may be a convenient public transport system. But the problem with Parking spaces need to be solved in the complex with the transport system of the city.

For example, if you reduce the throughput of cars in the centre of Kiev before thousands of vehicles, another 19 thousand will have to take the metro. As the interchange station of metro and is now overcrowded, such a solution would be tragic, said Dmitry Bespalov.

“To solve the problem of Parking places, first they need to inventory, understand why a particular place is a sign no Parking. And create a map of the Parking lots. This is the first step. The second step is to explain to the drivers why. Drivers will understand why they need to be pressed down, but they need to cause arguments. Otherwise, the law simply will not work or it will be discredited and will cause social unrest,” – said the expert.

However, Mikhail Serebryakov considers that the bill will start the process of expanding existing Parking lots and new construction. To the same fact in the same Kiev Parking spaces more than the number officially. So now some drivers due to the lack of responsibility do not pay for Parking. Because of this in the city, less investment, and because of this less than good Parking.