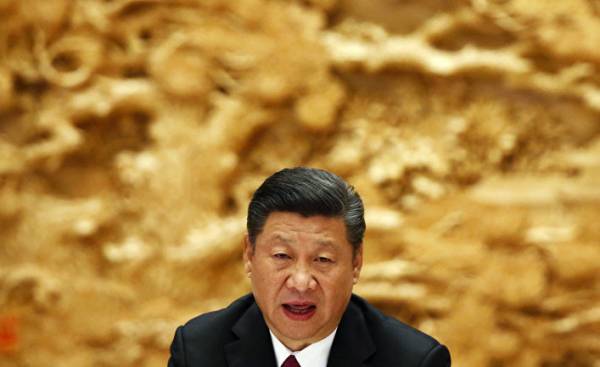 The dream of China on the former greatness is not safe.

Especially after President Donald trump (Donald Trump) reported that displays of US of the Treaty of Paris, and the world began to search for a new leader. Who is this new leader? The EU? China? Proposals are put forward without a thorough analysis of the question of who is suitable to become the economic, political and moral leader.

If you ask of Stein Ringen (Ringen Stein), Norwegian political scientist and Professor at Oxford University, then China is unlikely to be his answer. His latest book on modern China “the Great dictatorship” can pour a bucket of cold water on the head of the Chinese leaders with their ambition, and other state leaders with their open admiration for the rapid growth of the Chinese economy. Instead Ringen thoroughly examines the question: in what direction is China?

When the current President of China, XI Jinping came to power in 2012, many believed that he would develop the country in a liberal direction that economic reforms should have led to a political one. But it turns out that the opposite occurred. He made a “Maoist left turn” in the direction of tighter control and aggressive nationalism. Si has strengthened dictatorial regime. Stein Ringen calls the Chinese party and state “controllerates” and discusses how radical will this strengthen.

Scenario 1: “sustainable rate”, meaning the old economic growth, the desire to avoid international risks and confrontations with neighbors, greater emphasis on stability. Ringen believes this scenario is likely, but stressed that XI Jinping may have a stronger ambition than continuity.

Scenario 2: “End”, which means that growth has stopped, that the oligarchic class continues to loot the state in which there is nothing more to plunder, that control disappears, ethnic minorities rebelling, the military intervene and start a war. Possible but not very likely, says Ringen. In his opinion, controllerate will be able to resist this.

Scenario 3: “Utopia”, which means that the Communist party realizes the ideal set forth in the Charter party, i.e. socialist creates safe, harmonious and free state. Decreases the difference between rich and poor, and developing a legal state and growing prosperity, is a peaceful transition to a balanced relationship between state and society. Is unlikely, according to Ringen and indicates that all previous movements who put forward the requirements of democracy, was destroyed in the Bud.

Scenario 4: “Democracy”, that in the case of China can mean a system of indirect elections in the state and the party. It’s not particularly likely, says Ringen says: “China has again invented a dictatorship, not a democracy.”

Scenario 5: “the Perfect fascist state”. Ringen believes that China has all the outward signs of the power of the state. He writes that the current leadership is promoting nationalism, militarism and aggression in language, behavior, and propaganda, and in relation to neighbouring countries. The question arises: is today’s China is controlled in accordance with the updated ideology or not? What is the meaning of XI Jinping’s “Chinese dream”?

Chinese dream can be interpreted as the tale of China, which revived its former greatness. It is not so much about Marxist ideology, how about Chinese history. This is the story of the great and powerful “celestial Empire”. The dream of returning to national greatness elevated to the status of a leading ideology.

Marxism and the revolution become merely empty notions in a society where all you see is a giant inequality. The so-called Gini coefficient, the gap between rich and poor in China than in the capitalist countries. Corruption is rampant everywhere in a kleptocracy, where party leaders and government officials enriched by robbing the state and appropriating national property.

The main idea is a national honor, says Stein Ringen. Nationalism sells well to the people. Dream si is studied in schools and universities, in party, state media and the Internet. The dream is interpreted as the idea that national greatness and individual happiness are closely intertwined with each other.

The dictatorship of China is very sophisticated, it is, according to Ringen, convinces people that there for his use. But I am convinced if the rest of the world in the ability of this fast-growing superpower to be a global leader?