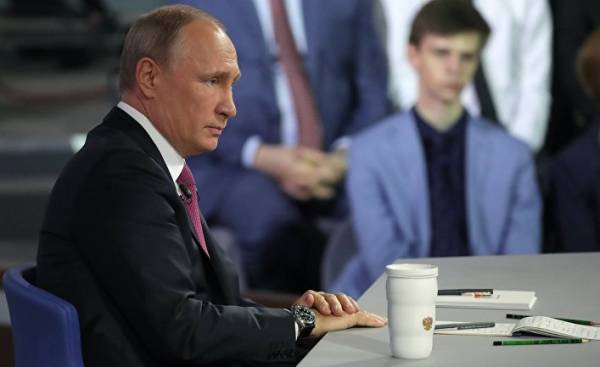 A young woman who says that the doctors prescribed her a massage, but really she has cancer that is already incurable. In addition, the city closed the hospital and to the doctor she had to travel for five hours.

People who live more than 30 years in something resembling the ruins after the bombing. Hot water, dry wall, heating — all this is a pipe dream. On the outside, and the cold up to minus 50 degrees. The mother of several children says to the camera: “we always fear that we will collapse the ceiling.” Frames confirm that this can happen. “Well, if it falls on me. But what if you hurt the children?! Commission came and recognized that to live here is impossible. But the move is planned more than ten years. We supposedly should still hold out. How?”

A boy of ten years complains that can’t breathe because of the coal dust that is everywhere. The teacher in the video says that her meager salary to live. A woman with three children, which the authorities left to live in the house after flooding, and now want her from the thousand and one paper to provide at least some help. A young man who live shows the broken road in a major city and wondered how such a thing is possible. You can continue for long.

All of these people done their complaints the same way: “Help! You are the only hope! Bring everything as it was before!” And the only person who supposedly can help, sitting in the middle of the huge hall in front of the cameras and says something. His name is Vladimir Putin, and all of this can be seen today during his four-hour television Direct line.

So what did this one person, who for 18 years rules the country as a family company?

Fatally sick woman he said that his father had the same problem, but he died of cancer. And what he finds out. The woman may collapse the ceiling, Putin will soon arrive in person to talk to. It will also address coal dust, and the boy must tell was any better. The teacher, the President said that he does not understand it, because the money for the salaries of teachers from Moscow were sent. A woman in a flooded house, he said that her situation does not fit in his head, because the money sent. “The Governor, the namesake, Vladimir Vladimirovich, where is the money? He will call to you”.

General fatigue, lack of confidence in what’s best, and violent suppression of any protests against this situation — this is Russia after almost two decades after the beginning of family control in the Sicilian spirit.

We have a bright future on the Russian real unconsciously want to achieve those who are going to vote for Andrew Babish. Russia for them — distant and strange country. It will be better.